Talen Horton-Tucker stuck in the Lakers’ rotation even after they trimmed it.

But will he last in Los Angeles through 2021 restricted free agency?

The No. 46 pick in the 2019 NBA Draft, Tucker signed a two-year contract. He has already developed into a contributor, using his incredible length to become a defensive disruptor. His attacking with the ball and good-enough jumper make him a two-way contributor.

Of course, plenty of teams covet his skills.

People think that he could the Tyler Johnson poison-pill contract.

As a restricted free agent with fewer than three years experience, Horton-Tucker will be limited by the Gilbert Arenas provision (as Tyler Johnson was in 2016). The projected worth of the largest offer sheet Horton-Tucker could sign:

If the Lakers match, they could theoretically decide whether to count Horton-Tucker against the cap at his actual salary each season or his average salary all four seasons. However, only teams under the cap when matching can use average salaries. The Lakers will almost certainly be above the cap.

So, that’d be a bitter pill to swallow in the third and fourth seasons of a Horton-Tucker deal.

Horton-Tucker’s agent – Rich Paul, who also represents LeBron James – has a good relationship with the Lakers. If Horton-Tucker gets a desirable offer-sheet offer, he could always not officially sign it then re-sign with the Lakers for similar compensation. That’d allow the Lakers to structure his salaries more traditionally.

So, it’s unlikely the Lakers get maximally jammed.

But the way Horton-Tucker is playing, the Lakers could face a dilemma this summer.

After considerable hype, the 2021 free-agent class has fizzled as players have signed contract extensions. It takes only one team to love Horton-Tucker, who’s just 20. Even if not for the full amount possible, a large offer sheet could really press the Lakers.

More on the Lakers

Kristin Cavallari Through the Years

Londonderry ties it late, then beats Trinity in OT 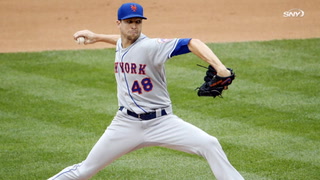 Are the Mets better off without Bauer, and where do they rank in the NL now?