If the Super Bowl ends up being as high-scoring as Capitals – Flyers, then Patrick Mahomes and Tom Brady could break all of the records. Despite a four-point afternoon from Alex Ovechkin and a hot scoring output from the Capitals’ top line in general, the Flyers won 7-4.

Now, an empty-net goal exaggerates the Flyers’ margin of victory over the Capitals. But the fact remains that the Flyers found a way to win, riding a stunning hat trick by Scott Laughton.

James van Riemsdyk stayed hot with a goal and an assist, and Sean Couturier made an impact in his return. It was a wild one, and that 7-4 final score felt fitting.

If you wanted an under-the-radar (and highly subjective) question for the 2020-21 NHL season, here’s one. Heading into this campaign, players received more rest than usual. The offseason was irregular, and there was also the pandemic pause from March. Could workhorse players end up fresher, even if they had to shake off extra rust?

It’s a question that resurfaces when you consider the sheer mileage on someone like Ovechkin.

After Sunday’s game, Ovechkin has appeared in 1,160 regular-season games, along with 136 playoff contests. That’s a lot of hockey, especially when you also add international play. It’s even more when you consider how Ovechkin throws his body around.

Could Ovechkin have an extra spring in his step? Maybe, maybe not. Whatever the explanation was, it was exhilarating to watch Ovechkin. He turned into a superhero on Super Bowl Sunday. Then again maybe we should just expect this from “The Great 8.” Ovechkin does his best to draw attention from all of the pigskin pageantry.

Most points in Super Bowl Sunday games (updated after 2nd).

Luxuriate in Ovechkin’s amazing assist in this post. That merely captured his strong first period (1G, 1A through the first two minutes alone), while Ovechkin climbed to four points after two periods.

Naturally, Nicklas Backstrom and Tom Wilson enjoyed big afternoons, and weren’t merely just along for the ride. Ovechkin ended Sunday with two goals and two assists, Wilson scored a goal and three assists, and Backstrom had three points (1G, 2A).

As impressive as the Capitals were at times without Ovechkin during that COVID pause, it’s easy to see why they’d miss their captain. Frankly, hockey fans should miss Ovechkin when he’s not around, as a rule.

Flyers find ways to score on a rough afternoon for Vanecek

With Ilya Samsonov still sidelined due to COVID protocols, the Capitals could have crumbled. Instead, Vitek Vanecek has been steady for Washington. Actually, maybe scratch that? Vanecek had been steady.

The Flyers and Capitals played a high-octane game on Sunday, with chances going both ways, particularly when Ovechkin was on the ice. That breakneck pace wasn’t kind to goalies, and Vanecek eventually got the hook during the second period.

Goals from Scott Laughton and a red-hot James van Riemsdyk made life miserable for Vanecek:

Once again, the Flyers found themselves trying to win despite being outshot badly; the Capitals carried a 30-14 SOG edge through the first two periods. Despite that disparity, the Capitals and Flyers entered the third period tied 4-4.

No, not every Flyers goal was on Vanecek, but the Capitals needed more stops from Vanecek on Sunday.

Couturier makes an impact in return

It would be silly to expect Sean Couturier to flip the five-on-five disparity by himself. He could not. No one player can make that difference alone.

But the Flyers clearly missed Couturier, and he made a difference in his return. During a less frenetic third period, Couturier scored the 5-4 goal.

From a less voluntary standpoint, Couturier also drew a double-minor for high-sticking when he was bloodied by a high stick. With a 5-4 lead, that could’ve provided the clincher, but a cold Flyers power play did little.

(Still, that’s four minutes with the Capitals down a man and down a goal.)

Couturier also added an empty-netter on Sunday, finishing with two tallies and one assist.

It was a hectic affair, but Laughton and Couturier ultimately made the difference for the Flyers against Ovechkin and the Capitals.

Wipes away some sweat.

James O’Brien is a writer for Pro Hockey Talk on NBC Sports. Drop him a line at phtblog@nbcsports.com or follow him on Twitter @cyclelikesedins.

Where Do Vaccine Doses Go, and Who Gets Them? The Algorithms Decide 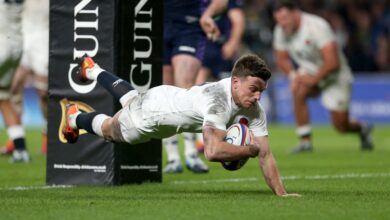 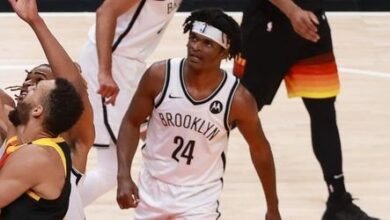 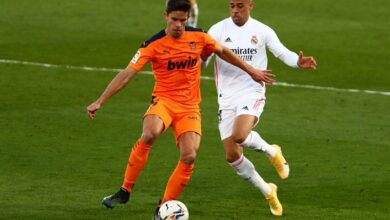 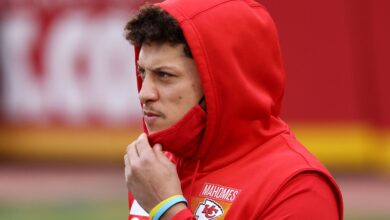