LeBron James doesn’t get it, either.

The Los Angeles Lakers superstar called out the NBA’s plan to host an All-Star Game next month despite the COVID-19 pandemic and the havoc it has wreaked on the league’s schedule already.

He called it a “slap in the face.”

James addressed the game hours after the initial round of voting results and reports the game would be in fact be played. The NFL, which would have held its Pro Bowl last week, had fans vote for players but hosted a virtual event.

Results of the first round of fan voting for All-Stars were announced later on Thursday. Brooklyn Nets forward Kevin Durant edged out James in overall votes.

“I have zero energy and zero excitement about an All-Star Game this year,” James said following a 114-93 win over the Denver Nuggets at home. “I don’t even understand why we’re having an All-Star Game. But it’s the agreement that the players association and the league came about.”

The two sides reportedly agreed to host the game as on March 7 in Atlanta, per Shams Charania of The Athletic. In a normal season the game would have been played last week.

The details aren’t finalized yet, but there are reports the league will allow players to opt-out unlike in years past. There are also reports the sides are discussing hosting a skills competition as well.

The Hawks began allowing fans into the arena on Jan. 26 and it’s where James ran into “Courtside Karen.” Georgia lifted restrictions very early on in the pandemic and currently doesn’t have any travel restrictions. The risk for COVID-19 in the state is very high, per the Centers for Disease Control.

James: Holding game a ‘slap in the face’

James’ main qualm with holding the event is that he said players were told ahead of the season the game would not take place.

“[It was a] short offseason for myself an my teammates with 71 days,” James said. “And then coming into the season we were told that we were not having All-Star games so we had a nice little break. Five days from [Feb.] 5 to the 10th, an opportunity for me to kind of recalibrate for the second half of the season. My teammates as well, some of the guys in the league. Then they throw an All-Star Game on us like this and it just breaks that all the way up. So, pretty much just kind of a slap in the face.”

The NBA went on hiatus on March 11 because of COVID-19. The league completed its season in a bubble at Disney World beginning in July. The Lakers won the title on Oct. 11 and reported back for training camp at the beginning of December.

The slightly shortened season began on Dec. 22. It is a shortened timeline for what is standard in the NBA, but not unusual for other professional basketball players who must play year-round.

The NBA appears to be bucking its own updated guidelines to host the event. Following an increase in the number of COVID-19 cases within the NBA and postponed games, the league redefined its policies to help stop the spread in mid-January.

That wasn’t lost on James.

“We’re also still dealing with a pandemic, still dealing with everything that’s been going on,” he said. “And we’re going to bring the whole league to one city that’s open, so obviously the pandemic has absolutely nothing to do with it at this point when it comes to that weekend. Obviously you guys can see I’m not very happy about it, but it’s out of my hands. And I’ll be there if I’m selected. But I’ll be there physically, but not mentally.”

The new rules included players no longer being able to leave hotels for non-team related activities and staying inside their homes unless there was an essential activity of emergency.

Even pregame locker room meetings were regulated with new rules allowing only a maximum of 10 minutes. Not to mention the final one that goes against everything the All-Star Game will be: opposing teams cannot come into contact or mingle after the buzzer.

Other NBA stars have spoken out, including the Sacramento Kings’ De’Aaron Fox. He outright called the idea of a game “stupid.” 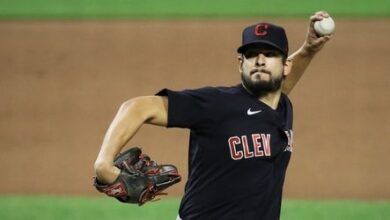 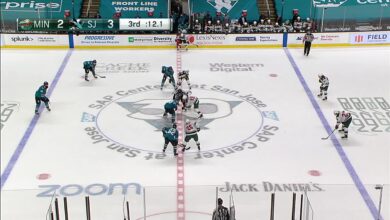 Evander Kane with a Goal vs. Minnesota Wild

US to play Honduras for berth in men’s Olympic soccer