Lenovo is refreshing many of its laptops lines in the coming months with 11th-gen Intel or AMD Ryzen 5000 processors, the latest Wi-Fi standards and enhanced security features among other changes. The new models will begin rolling out later this month through May, but if you are ready to upgrade now, many of Lenovo’s current laptops on sale this week. You’ll find huge price cuts on a wide variety of laptops, from business-class ThinkPads to two-in-one convertible Yogas to a high-powered Legion gaming laptop.

For my money, the best deal going is the ThinkPad T14s for a very reasonable $850 or the ThinkPad X13 AMD for $970. Each lacks the latest Intel silicon but provides enough muscle for most office tasks inside a trim, rugged chassis.

Lenovo’s new Yoga 7i and 9i two-in-one convertibles on the Intel Evo platform are also both on sale along with our favorite premium business convertible, the ThinkPad X1 Yoga. For gamers, a high-powered Legion 7i gaming laptop is marked down.

This ThinkPad X13 is a 13-inch ultraportable for those who can’t afford the high prices of the X1 Carbon. The price of this AMD-based sale model is more than half off with the code THINKDEAL and it features a Ryzen 5 CPU, 16GB of RAM and a 512GB SSD. The 13.3-inch display should be crisp and bright with a Full HD resolution and is rated for 500 nits.

Lenovo’s new midrange two-in-one convertible laptop/tablet is already on sale. It features the same design as the Yoga C740 it replaces but inside has received an update to Intel’s 11th-gen CPUs. This sale model is $379 off with code YOGASALE7 features an 11th-gen Core i7 chip, 8GB of RAM and a 512GB SSD. Its 15-inch touch display can rotate 360 degrees into tablet mode and is rated for an impressive 500 nits of brightness. With its 11th-gen Core chip, the Yoga 7i gets Intel’s Evo label, which means among other things that the laptop has oodles of battery life, fast-charging and the ability to wake from sleep instantly.

Trade the lower-end Legion 5i’s plastic chassis for all-aluminum sleekness and you get the Legion 7i. This discounted configuration with code LEGIONARDYSALE3 features a 10th-gen Core i7 CPU, 16GB of RAM and Nvidia GeForce RTX 2070 Max-Q graphics. You also get not one but two solid-state drives, a 1TB SSD and a 512GB SSD. The 15.6-inch FHD display should be fast and bright: It has a 240Hz refresh rate and is rated for 500 nits of brightness.

Lenovo’s new premium two-in-one convertible features 11th-gen Intel processors for better performance and battery life, but the rest of the package sticks to last year’s script for the Yoga C940. You can save $500 with code LIMITEDSALE21 on this loaded 14-inch configuration that features an 11th-gen Core i7 chip, 16GB of RAM and a 1TB SSD.

Lenovo’s ThinkPad T series is second only to the company’s flagship X1 Carbon line in the ThinkPad pecking order. The ThinkPad T14s is a slimmer version of the ThinkPad T14, though not quite as thin as the flagship ThinkPad X1 Carbon. This configuration is deeply discounted with code THINKDEAL and features a 10th-gen Core i5 CPU, 8GB of RAM and a 512GB SSD. The 14-inch display features a full HD resolution and 250 nits of brightness.

Subscribe to our daily spotlight on the best tech deals on the web — from phones to gadgets and more.

Where to get a PS5: How to buy Sony’s new gaming console 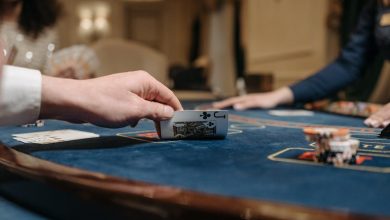 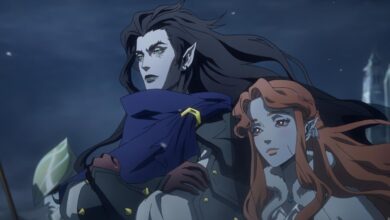 Castlevania season 4 trailer drops ahead of Netflix launch May 13