The goal of Level today is to furnish access to credit to workers who might not be able to tap it from traditional sources, using their current income from freelance work to back the advance; akin to revenue-based financing for startups, workers can borrow a set amount, and pay back a portion of their future earnings until the debt is settled.

Level has larger plans, including offering other services like insurance products to gig workers in the future.

The startup is not big on the “gig economy” moniker, instead preferring to say that it’s helping the smallest companies grow atop various labor marketplaces, summarizing comments that Level CEO David Edelstein made to TechCrunch during an interview concerning the round.

His company has something of a point. Level is not offering advances to Uber drivers, but instead is plugged-in with freelance groups like Dolly (on-demand moving), Porch (home improvement) and SmartHop (on-demand trucking) — services whose users may depend on non-standard equipment, like trucks and tools.

So if you are doing, say, moving jobs, and want to invest in a new truck, Level may be willing to front you a chunk of capital toward that buy. Edelstein told TechCrunch lots of folks manage to earn more after putting borrowed funds to work in their small business.

Users of Level’s service can access up to $10,000, though the CEO said that around $2,000 was the “sweet spot” for his company’s service, as that was an amount of money hard to put on consumer credit cards, but still meaningful to its customer base.

This brings us to repayment. As you’d expect, if a person did borrow money from Level and managed to generate more revenue afterwards, they might want to retire their debt more quickly than originally anticipated. What’s notable about the startup’s model is that if a user repays their advance in less than six weeks, Level will refund half the fee that was originally agreed upon.

Normally repayment of capital takes four months, with the percentage of earnings consumed running between 5% and 15%. So, why would Level be willing to drop half its fee for rapid repayment? Trust, its CEO said. As Level wants to offer more services in the future, it’s pushing down capital costs for users, hoping that they will help themselves to more services from the company later on.

To that end, Edelstein said, the company’s usual fee for capital has fallen from 10% to 7%, a rate that his company may push lower over time, perhaps to the break-even point or beyond. Credit, the CEO said, could become a funnel for his company’s broader product suite.

Certainly with its new capital, raised in late December of 2020 from co-lead investors NextView and Untapped, the Seattle-based Level has more time now to maneuver when it comes to product. And with insurance products coming in Q2 to some degree, and more broadly in Q3, we’re not far from seeing what’s next for the startup.

Techstars, Acumen and Ascend.vc also participated in the round. Per the startup, the Employment Technology Fund is “supporting” the startup’s credit facility. (Credit facilities can get quite large, business depending. If Level scales as it hopes to, expect it to announce more on this front in time.)

Level is a bit like an American Heru in that, akin to its Latin American fellow-traveler, it wants to offer more and better services, including insurance, to those active at work but not in traditional, full-time roles. If they succeed, expect similar companies to crop up around the world.

Update: After publication I corresponded with the company about my use of the phrase “loan,” versus their preferred “advance.” Its argument that it is “purchasing future receivables” instead of offering a loan felt like a sufficient difference for me to update the post.

How universities are promoting entrepreneurship – TechCrunch 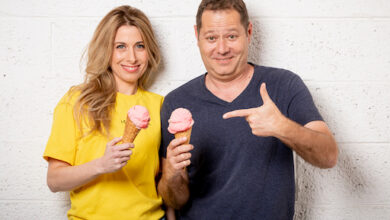 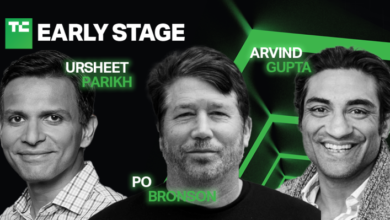