Vijay Deverakonda is busy at work in Los Angeles as he shoots for his much-awaited action drama Liger. And giving him company on the shoot is his leading lady, Ananya Panday. While they might be steeped in work, the duo took time to pose for a picture and say hello to their fans. They are joined in the photo by producer Charmme Kaur and director-producer of the film, Puri Jagannadh. Sharing the image, Vijay Deverakonda wrote, “Hello from LA.” The happy quartet is seen smiling for the camera with the lovely orange sky in the background. The same image was also shared by Charmme Kaur, who wrote, “Team Liger says Hello from Los Angeles.”

Before this too, the team of four shared a picture from Las Vegas, which was their first stop in the USA. This time around, they were accompanied by American former professional boxer, Mike Tyson. Mike Tyson will be making his Bollywood debut with Liger. Sharing the image, Vijay Deverakonda wrote, “Magic.”

Sharing similar pictures of the team with Mike Tyson, Charmme Kaur wrote, “He is surely my new favourite. Body of steel and heart of gold…Super cool legend.”

In addition to this, leading actress Ananya Panday also posed with Mike Tyson for a cheeky picture in which the boxing legend appears to be scaring Ananya. Sharing the photo, the actress wrote, “We’re clearly getting along really well.”

Before that, Vijay Deverakonda also shared an image from his first interaction with Mike Tyson in Vegas. The image shows a side profile of Mike Tyson in focus with Vijay standing in the background. Vijay can be seen sporting a grin on his face. Sharing the photo, Vijay Deverakonda wrote, “This man is love. Every moment I am making memories! And this one will forever be special…Liger Vs The Legend. When I came face to face with Iron Mike Tyson.”

In Liger, Vijay Deverakonda is reportedly portraying the role of a martial art fighter. The film is jointly produced by Karan Johar, Apoorva Mehta, Hiroo Yash Johar under the banner of Dharma Productions alongside Charmme Kaur and Puri Jagannadh of Puri Connects.

Shahid Kapoor On His Singing Skills 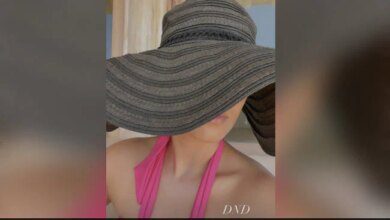 “Do Not Disturb” This Celeb, She Is Chilling In The Maldives 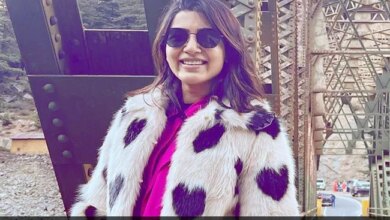 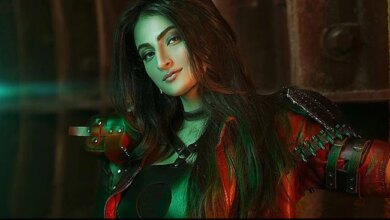