It took Kaleena Small more than three years to find an apartment.

“I tried everything — lotteries, regular Realtors. I filled out 60 to 70 applications, but I was just getting rejection letters, rejection letters,” she said. “I would even go in my work uniform so they can see I’m working.”

Ms. Small, 38, lived in a domestic violence shelter with her young daughter from the spring of 2017 to May of last year, when she finally got a one-bedroom apartment at the Fountains, an affordable housing development in East New York, Brooklyn.

Ms. Small grew up in the Allerton neighborhood of the Bronx, where she also lived with her boyfriend — they were “high school sweethearts,” she said — and the father of her daughter, Keandra Brown, 6.

When Ms. Small left her boyfriend, she and Keandra went to a short-term domestic violence shelter in East Harlem, and then transferred to a longer-term domestic violence shelter in Bedford-Stuyvesant, Brooklyn. Despite having worked since she was 16 — in fast food at McDonald’s and Burger King, in amusement park operations at Rye Playland and as a security guard for various companies — Ms. Small had never lived alone and couldn’t afford to.

At first, she was happy to have the support of the shelter. She was given a furnished one-bedroom to share with her daughter and found the parenting and financial management classes helpful.

“I was scared to be on my own — I had never been by myself and I needed that extra help,” she said. “They had stuff we needed to know before hitting the real world. It taught me independence and growing up more.”

Ms. Small searched for a permanent home the whole time she was in the shelter, but found there was no place to go. Although she received a housing voucher as part of the expansion of the Family Eviction Prevention Supplement program, the landlords she met wanted more than the maximum rent allowed by the program. (Under current guidelines, a family of two can spend no more than $1,268 a month.)

“At one place, they said yes, but then they told me they got a higher bid,” Ms. Small said. Despite assurances that they would keep her in mind if anything else became available, she never heard from them again.

Ultimately, she had better luck with the housing lottery.

Rent: The apartment’s $931 monthly rent is covered entirely by a rental assistance voucher, as Ms. Small is staying home to care for her daughter during the pandemic.
Occupation: Until the pandemic, she was a maintenance worker at New York City Department of Parks and Recreation and the Sanitation Department.
She likes the area: “It’s not too rah-rah, not too rowdy. No one’s hanging out on the steps, smoking.”
The only thing missing: A deli. “That’s the only thing I got a problem with,” she said. “The building next door, they should put a deli there.”
Her future decorating plans: include painting. “I’m tired of white walls,” Ms. Small said. “I’d like a nice purple, not too dark.”

Last March, she received a call from the Fountains, a mixed-use development in East New York, Brooklyn, built by the Arker Companies, which will eventually have 1,163 units of affordable housing. The first phase of the project had just been completed, and she was invited to come in for an interview and tour.

She tried not to get too excited. “Everything was shutting down because of Covid-19. I thought I’d be in the shelter for another year,” she said. “But then, two days after I saw the apartment, they called me and said, ‘You got accepted.’ I started screaming.”

“It was the end to the struggle,” she said, of “me being in the shelter and getting away from him.”

In May, she moved into a one-bedroom apartment that rents for $931 a month; she pays $400, with the remainder covered by a rental assistance voucher. When schools shut down and she had to leave her job to take care of Keandra, her rent dropped to nothing. (With the uncertainty of in-person classes, Ms. Small has been unable to go back to work.)

The apartment is the first home for which Ms. Small and Keandra have been able to pick out furniture and decorate. “I never had my own furniture before,” Ms. Small said. “At my last apartment, nothing was mine; everything was his, his, his. Here, I had a little helping hand from my family. Everyone was excited that I left him and that this is my first crib by myself.”

Ms. Small took the living room as her bedroom and gave her daughter the apartment’s large bedroom, which Keandra decorated with her extensive collection of “Frozen”-movie-themed items: She has a “Frozen” rug, bedsheets, table and chairs.

“I wanted Keandra to have her own space. I also like that I can have peace of mind in my room,” she said. “At the shelter, we had room inspection and curfew. I just wanted to be free of everything.”

Except for the people, she added, with whom she stays in touch using Zoom.

At her new building, she has managed to make a few friends in the midst of the pandemic, but not the way she did at the shelter.

“I was like a celebrity there; everyone likes my energy,” she said. “I make people laugh and smile when they’re down. I’m like a big, goofy kid at heart.”

Pompeo, Who Led Trump’s Mission at State Dept., Leaves With a Dubious Legacy

Egypt Denied an Oxygen Failure Killed Covid Patients. We Found That It Did. 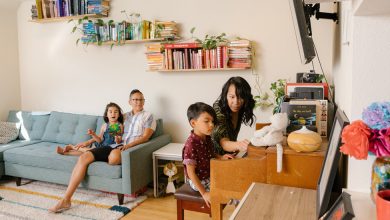 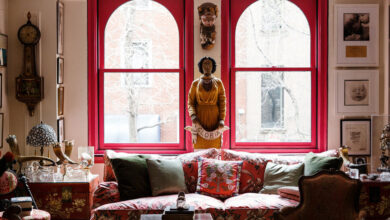 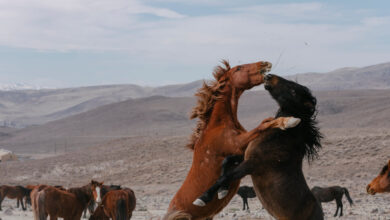 The Next Level in Office Amenities: Wild Horses 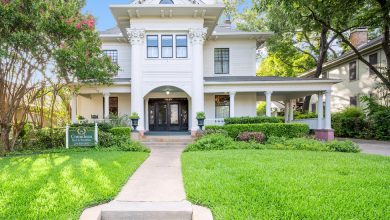 What $1.5 Million Buys You in Texas, Massachusetts and North Carolina