The finish to the ARCA Menard’s East race at New Smyrna Speedway on Monday night will be included in highlight reels for years, but everything that preceded it will be equally memorable, if not infamous.

The margin of victory was 0.046 seconds.

However, the running order was under dispute well before the final two restarts, due to a series of puzzling race control decisions.

A caution for debris stalled the race with 10 laps to go, but there was no apparent or visible reason for the yellow flag, with safety workers slowly driving around the track and only picking up a chunk of rubber.

Before the race could resume, it started to rain, and the resulting delay would last just under two hours.

During that time, David Gilliland, team owner for the car driven by Gray protested the running order. Specifically, David Gilliland Racing argued that leader Sammy Smith should have been penalized during the halfway break on Lap 88.

Smith pitted with the lap down cars during the break, which should have sent him to the tail of the field, but that penalty was never called. Both GMS Racing’s Jack Wood and Visconti Motorsports’ Mason Diaz pitted at the same time as Smith and would have been subjected to the same penalty if one was called.

A penalty never came before the restart and the race resumed with Smith, Wood and Diaz up front.

Smith led the next 75 laps until the caution with 10 to go, and during the subsequent rain delay, ARCA Racing Series officials opted to penalize him for the infraction that occurred over two hours prior.

Hey, remember in the 3rd quarter when you scored that TD. We went and looked at footage and saw there was pass interference, so we’re going to take 7 points off the board with 30 seconds left in The game. Seems fair, right 🤦🏻♂️

Meanwhile, Diaz was not penalized, despite pitting on the same cycle as Smith.

Diaz inherited the lead, restarting from first on the initial attempt at a green-white-checkered, but was spun in Turn 1 on a track that didn’t seem entirely dry from the rain delay. There was contact between Diaz and Gray.

That placed Gray and Smith on the front row for the second overtime attempt.

When Smith drove into the back of Gray entering the final corners, that gave Gutiérrez the opening to take them three-wide and win the drag race to the checkered flag.

“The last corner, they were battling for first,” Gutiérrez said. “I saw an opportunity, and I took it. I’m very happy, very proud of the team. That’s a great, great win to start the championship.”

Smith was adamant he was wrongly penalized.

“You know, none of that should have happened,” Smith said. “They penalized us laps later for something we did right and everyone else did wrong. You can’t really control that.

“I felt like I had to do what I had to do at the end because I thought we had the best car.”

Diaz was frustrated with Gray, but also with race control as the Visconti Racing team claiming that ARCA told them it would be two laps before the choose rule lap, and then calling for the leader to take the cone after just one lap.

Diaz chose the bottom, when he probably would have wanted to take the top if he could do it all over again, or maybe it wouldn’t have mattered with so much of the track still damp.

With the exception of Gutiérrez, everyone else left New Smyrna frustrated with race control in some form, including Cup Series veteran Travis Kvapil — father of participating driver Carson Kvapil.

Backstretch. So those cars ended up going a lap down when pace car went by because teams had no time to get work done🤦🏼♂️ 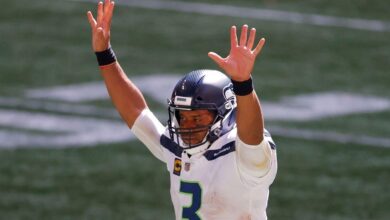 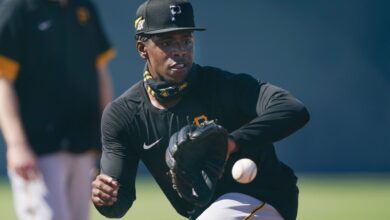 Rays OF Arozarena, Pirates 3B Hayes among MLB’s top rookies 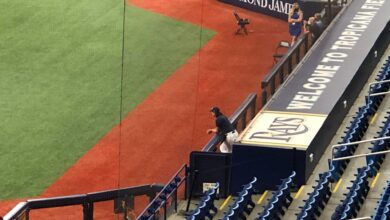 Brent Honeywell on the mound, for openers 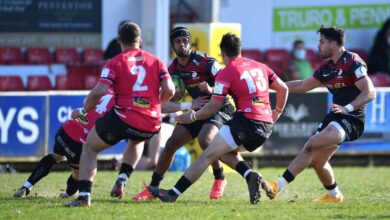