Marcell Ozuna, who led the National League in home runs and RBIs in a comeback 2020 season with the Atlanta Braves, has agreed to return to the Braves on a four-year, $65-million contract, the team announced on Friday.

The deal contains a fifth-year team option for $16 million with a $1 million buyout.

Primarily a designated hitter for the first time in his career, Ozuna was sixth in the NL MVP balloting after batting .338 with 18 home runs and 56 RBIs. He finished behind Washington’s Juan Soto (.351) and teammate Freddie Freeman (.341) in batting, that close to being the National League’s first Triple Crown winner in 87 years.

[Batter up: Join or create a Yahoo Fantasy Baseball league for free today]

Though statistics were skewed in a 60-game season that employed a universal DH for the first time, Ozuna was far more productive with the Braves than he’d been the prior two seasons with the St. Louis Cardinals. Traded to the Cardinals for four players, including Sandy Alcantara and Zac Gallen, in the Miami Marlins’ purge three years ago, Ozuna hit 52 home runs but otherwise had two tepid seasons — offensively and defensively — in St. Louis.

He signed a one-year deal with the Braves, embraced the DH role, hit behind Freeman, produced with some of the best hitters in the game and seemed to have a positive influence on the Braves’ younger players. His pantomimed selfies, sometimes along his home run trots, became a Braves shtick.

Partly as a result, the Braves advanced to the NLCS and held a 3-1 lead in that series before falling to the Los Angeles Dodgers in seven games. Ozuna hit two home runs in the series, both in a Game 4 win that brought the Braves to within a win of their first World Series in 21 years. He had two hits, both singles, in the final three games.

Last winter, Ozuna signed with the Braves a few weeks from spring training after finding light regard for his free agency. A year later, in spite of three solid offensive months at the plate, Ozuna could have found his market divided. The immediate and long-term future of the universal DH is uncertain. At the same time, Ozuna is viewed as a subpar defensive outfielder, only three years after winning a Gold Glove in left field for the Marlins. (He underwent shoulder surgery between his first and second seasons in St. Louis.) There was curiosity over whether Ozuna might be better suited — if not for the moment at DH — at first base, a position he has played for one game as a professional. That was in the Dominican summer league, 12 years ago. An NL team could have considered making do with Ozuna in a corner outfield position for one year in the hopes the DH would arrive in 2022, the first season of the new collective bargaining agreement. Or, it could have believed Ozuna could improve enough to be a passable defender at a time when run prevention has become a key analytic.

Along with the Braves, who played Ozuna in the outfield in 21 games but only six times in September and October, early interest in Ozuna seemed to come primarily from American League teams. The Chicago White Sox, Boston Red Sox, Texas Rangers, Houston Astros and Minnesota Twins were thought to be engaged, along with possibly the San Diego Padres.

At 30 years old, Ozuna is younger than fellow free agent outfielders George Springer, Michael Brantley, Jackie Bradley Jr. (by 207 days) and Brett Gardner. If his bat is going to play at 2020 levels, Ozuna could spend his 30s happily as a DH. His competition there in free agency would be Nelson Cruz, who transitioned to DH in his mid-30s and in 2020, at the age of 40, was sixth in the AL’s MVP vote. 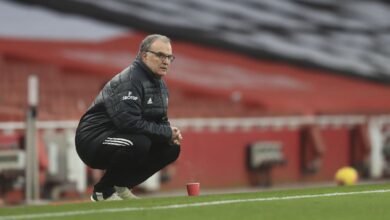 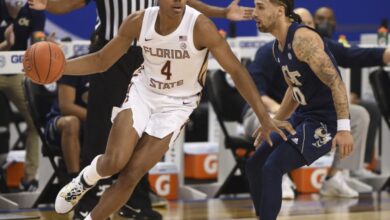 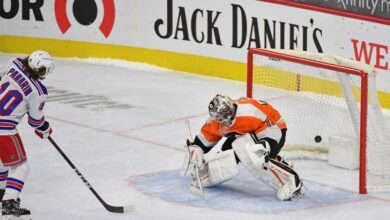 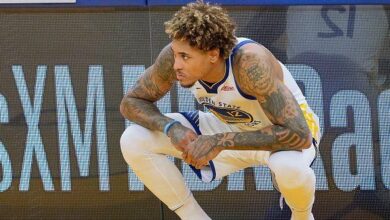