Do you ever procrastinate on a project because you know it’s going to be challenging, and the more you procrastinate, the more you dread it? Of course. We’ve all done that. But what generally happens for me is that I finally get around to doing the project that I’ve built up in my mind as being completely awful and difficult, and it turns out to be nothing. Well, tiling the bathroom floor (so far) has not turned out that way.

I procrastinated on getting started on the tiling for days because I just couldn’t figure out exactly how I wanted to do things. The more I procrastinated, the more I convinced myself that this would be a super challenging project. And I wasn’t wrong. Oh my gosh, y’all!! I worked from 3:30pm to 10:30pm yesterday, and this is the tiling that I got done.

In case you can’t tell exactly what you’re looking at, that’s six pieces of tile. Six. That’s it.

It was such a frustrating day from beginning to end. I did spend about an hour putting my new tile saw together. More on that in a bit. And then I spent about 45 minutes trying out different tile layouts and transitions from the main bathroom floor to the shower.

I’m still not 100% sure exactly what that transition will look like, but I did decide for sure that I wanted the big main floor tiles to go just to the inside wall of the shower, and that’s where the floor would transition to the small tiles for the shower floor. And since I didn’t want any cut edges on the floor tiles meeting with the shower floor tiles, that meant that I had to start my tiling on this row right along the mural wall so that I could make sure that the factory edges of the tiles landed exactly where I wanted them to be in this opening.

So after cutting those tiles and getting that row in place, you can see where the floor tile ends and the shower floor tile will begin.

So why did this take so long? Well, as I mentioned, I had to put my new saw together, get it all set up in place in Cooper’s yard (which is just outside that exterior door that’s in the bathroom), fill the water reservoir, gather my tools, mix the mortar, etc. But then when I started laying the tiles, I learned very quickly that this job was going to be a huge headache.

But what do all of those tiles have in common? They’re small. I mean, the hallway bathroom floor tiles were the largest I’ve worked with, but they were very manageable.

These tiles, on the other hand, are 12 x 24, and heavy. In addition to that, because they’re large format tiles, they require a 1/2″ x 1/2″ notched trowel. I have NEVER done a tile job that required a trowel with such massive notches. And not only are the notches big, but the actual trowel is big. (I bought the only 1/2″ x 1/2″ notched trowel that HD had.) And let’s just say that that trowel is not meant for the small hands of a woman who is only 5 feet tall. I mean, just the whole experience was frustrating.

In addition to that, no matter how much I pressed the tiles down to seat the tile into the mortar, if I just barely bumped the tile after it was in place, it would move. So just getting six tiles in place, spaced properly, and lined up so that they were all equidistant from the vanity wall was probably one of THE most frustrating DIY projects I’ve ever done in my life.

I had also purchased some tile leveling things that screw down onto the top of the tiles to keep them level with each other. You can see a few here…

So I finally realized that all I could do yesterday was get that row of tiles into place, and then I’d have to let it dry before trying to push other tiles up against those. From here on out, I know it’ll be much easier. But my gosh, I was ready to pull my hair out yesterday.

At least I have a nice straight line of tile against which I can place the shower floor tile. The one thing I still haven’t decided is if I want to use a Schluter strip in brushed brass as a transition between the tiles. I’ll be using these strips elsewhere in the bathroom, and I do love the little hint of brass/gold that it adds here. I also think it makes the transition look a lot more intentional and planned. Here’s the view from the shower to the main bathroom floor…

If I don’t use the Schluter strip, it’ll look like this. Of course, the grout will completely change the look and make the grout lines disappear. This is more how it would look with black grout, but I’ll be using a very light gray grout to match the tile.

So, to Schluter strip or not to Schluter strip? That is the question. Have any of you ever used these strips before? Do they hold up pretty well? I’m specifically wondering about the aluminum strips with the brushed brass color like I have here. Does that color hold up over time?

Now to my new tile saw! My previous tile saw is the one that I bought when I tiled the kitchen backsplash in the condo, so I definitely got my money out of it, especially considering that it was one of the little $99 tile saws from Home Depot. (Probably very similar to this $149 Ryobi.) It’s a great little tile saw, but I was ready for an upgrade before tackling the tiling in the bathroom.

So I upgraded to this Rigid tile saw, which was $334. And this thing is awesome!

On this one, I have to deal with an arm that holds the motor and saw blade, which the little table-style tile saw didn’t have. But so far, it hasn’t been a problem at all. I’ve been able to cut my large 12 x 24 tiles any way I need to cut them. Of course, I’ve only cut six so far. 😀 But I doubt the rest will be any problems at all.

I love this saw so much because the part that the tile is placed on rolls on top of the frame. It makes the cutting process so much smoother. By contrast, the cheaper saw has a table that stays in place (just like a table saw), and you push the tile across the table. This style is so much smoother.

It also comes with this adjustable miter gauge that clamps onto the rolling table to hold the tile in place for angled or straight cuts.

I also love having this huge water reservoir with the water pump that sprays water directly onto the blade and down onto the tile. The way that the cheaper table saw-style tile saw works is that the saw blade turns through the water reservoir below, and if you don’t have the splash guard in place, the blade will fling water directly onto you. I love being able to see clearly where the tile blade is cutting while also being able to remain dry. 😀

This was definitely a long overdue tool upgrade for me. It’s a much easier tool to use than my cheap tile saw, although that thing served me well for many, many years.

In other news, the mirrors finally came in! I ordered these at the beginning of July, and they just arrived. I love them. The shape is beautiful, and they’re very well made. But the color is darker than what I had expected. This doesn’t look gold to me. I don’t know what color I’d call it. Bronze, maybe? But they’re not gold.

This is the picture from the website. This looks gold. This is what I was expecting. But this is not what I got.

So I’m slightly disappointed, but not too terribly so. I mean, I can always figure out a fix for the color. That’s not a big deal.

Also, when I was rooting around in my stash of supplies in the sunroom, I came across this scrap piece of walnut veneer. Remember when I used this on the music room end tables? (See: Metal & Glass Side Table Makeover (Music Room Progress).) So I took it into the bathroom to see what walnut looks like with the mural.

And…oh my gosh, I love it. I mean, I really love it. So I’m definitely leaning this direction at the moment. It’s my favorite wood, and it looks beautiful with the mural. At least I think it does. 🙂 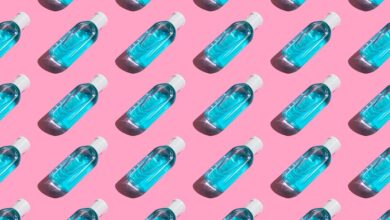 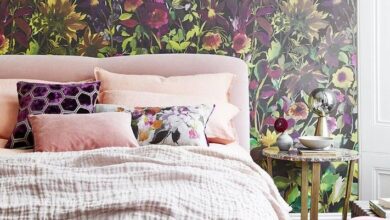 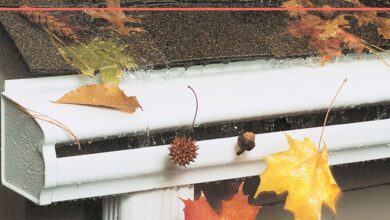 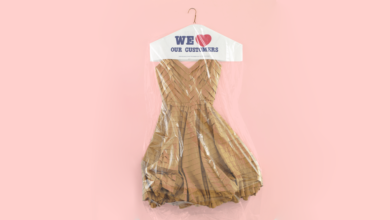 How to Dry Clean at Home