Fresh start. Matt James returned to Instagram one week after deleting all of his photos from his page.

The former Bachelor star, 29, came back to social media on Thursday, March 25, but his account looks a little different. James’ bio doesn’t include anything about the ABC series, instead it lists “real estate” as his profession and CBRE as his place of work. He also highlights that he is a “believer” and that his “life” revolves around his work at ABC Food Tours.

The North Carolina native no longer has any photos from his time as the Bachelor on his page. He does still have his February statement regarding Chris Harrison’s interview with Rachel Lindsay, in which the Bachelor Nation host, 49, defended season 25 winner Rachael Kirkconnell after she was accused of racially charged actions.

James initially cleansed his account on March 19, eliminating some snaps from his time on the dating show and photos from years prior. He did not address the reason behind his social media purge, but the change came shortly after his messy Bachelor finale aired on March 15.

During the finale, which was filmed last year, James picked Kirkconnell, 24, and asked her to continue dating him. The Georgia native came under fire earlier this year when photos of her attending a plantation-themed sorority event in 2018 resurfaced and she “liked” photos with Confederate flags in the background.

As a result, during the After the Final Rose special on March 15, the couple revealed they had gone their separate ways a month prior after the racism allegations plagued their relationship.

“As someone who grew up in the South, it takes me to a place that I don’t often like to think about. I wasn’t OK. It was in that moment and the conversation that I had, that Rachael might not understand what it means to be Black in America,” James said during the special. “It’s heartbreaking. If you don’t understand that something like that is problematic in 2018, there’s a lot of me that you won’t understand. It’s as simple as that. … You know what was a long time ago? Plantations.”

James became the target of racist bullying online following his controversial breakup with Kirkconnell. He tweeted about the backlash on March 16, writing, “Google Therapist Near me,” which caused many fans to be concerned for his mental health.

Kirkconnell, for her part, came to her ex’s defense after seeing the hate being spewed toward him for calling off their relationship.

“Some of the things I’ve seen being said to and about Matt are repulsive. I respect the decisions that Matt has had to make during this experience,” she wrote via her Instagram Story on March 17. “If you are directing hate towards him, please stop. Recognize someone’s humanity and think about the impact your words have.”

His brother, John James, gave fans an update on Matt’s health during an appearance on the Friday, March 19, episode of the “Higher Learning” podcast, saying, “He’s in a good spot. He’s good. People don’t need to worry about Matt.”

The ABC Food Tours founder reassured his followers that he was OK during a Friday appearance on the “Bill Simmons” podcast. “I’m wearing my emotion on my beard right now,” he joked before adding, “I’m good. I’m good right now.”

This or That: The Colorful Makeup Edition 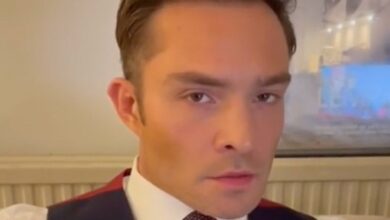 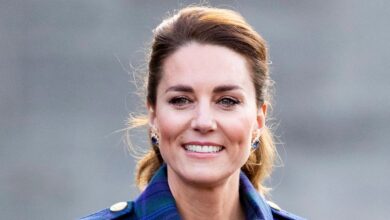 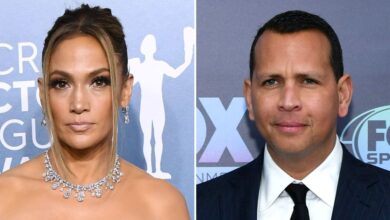 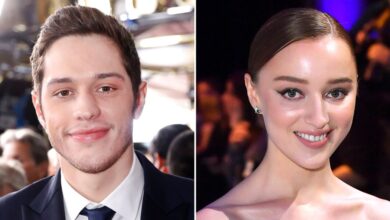