After receiving more than 1,000 entries and 13,000 votes, we have our amazing winners in this year’s categories of Dirty Dog, Silly Dog and Happy, Healthy Pup. The competition was so good, in fact, we just had to publish the finalist photos, too. Enjoy these pawesome pics as much as we do!

Winners of each category will receive a variety of prizes from Vetericyn Animal Wellness, Morris Animal Foundation and Myos Pet.

Kathryn calls herself a stay-at-home dog mom. “Believe me, that’s a full-time job!” she says. “I love gardening and swimming with the dogs.

Kat and husband Rick also have an 11-monthold, brindle Great Dane girl named Pearl. “Romeo wanted a tiger, but this was the best we could do. I don’t think Romeo knew having a little sister was going to be so exhausting. Be careful what you ask for!”

“I captured the shot after I found this perfect donut headband. Everyone knows his love for donuts and my love for silly pictures.”

Reign is a 4-month-old Sable/White Border Collie. Linda Garrison tells Dogster, “She is a very active and smart little girl. When she gets older, she’s going to be my son’s jogging partner. We are also interested in agility and other dog sports.”

A retired dog groomer, Linda now gets to spend her time taking photos, which she loves to do. “I also do some drawings and woodburnings of some of the animals I take pictures of.” Reign is actually Linda’s grandpuppy. “My son got her because he fell in love with my Border Collie, Frankie,” she says.

“Reign is turning out to be such a wonderful girl, too.”

Linda has her own dog, Frankie, and her cat, Zins.

“We had stopped at a creek to get a drink. Reign found some black mud and was playing and shoving her face right in it. I had to get a picture. She looked so cute and proud of herself.”

Apache, on the left in the photo, spent 986 days in a rural shelter, mainly due to behavioral issues, Rachel Brix tells Dogster. “He’s made incredible strides the past three years. He’s about 7 years old and a Staffordshire Terrier/Rat Terrier/Chihuahua mix. He loves agility, hunting for lizards, and he has his Novice Trick Title.”

Emerson was dumped at a shelter with a broken leg, giardia and a hookworm infestation when she was only about 8 weeks old. The family adopted her not long after, and she is about 10 years old. She is a mix of St. Bernard, Manchester Terrier, Cocker, Chow, Otterhound, Harrier and Bull Terrier! She has competed in agility, loves scent work and also has her Novice Trick Title.

Rachel and husband Ryan own and operate a small dog boarding and enrichment facility. “All of our children have four legs,” she says. “When I’m not goofing around and playing with my own dogs, I love to read, garden and golf. Apache, Em and I are working on their Intermediate Trick Titles.” They also have three rescue cats, two of which do some agility as well.

“We were practicing our tricks and they both wanted the treat I had. I thought they both looked so cute, and I don’t have many pictures of the two of them together both facing forward at the same time, let alone both smiling!”

We had a great time with our fourth annual Wagalicious Photo Contest and thought you’d like to see some of the faces behind our finalists.

Thank you to all of this year’s talented photographers and their pretty pups who took the time to enter.

What $2.7 Million Buys You in Oakland, South Pasadena and Sonoma 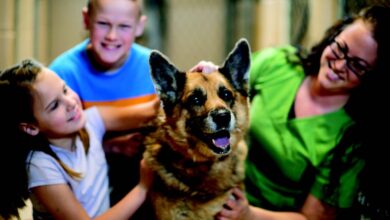 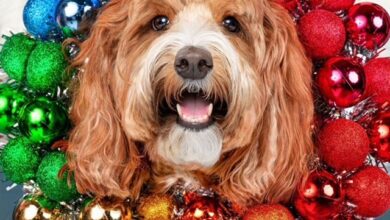 My Dog Ate Charcoal! What Do I Do? – Dogster