Even more to the story. Meghan Markle and Prince Harry’s CBS tell-all interview continues to make headlines as new footage is released from their lengthy sit-down.

The 39-year-old Suits alum, who is pregnant with the couple’s second child, a baby girl, addressed a series of hot topics during the Sunday, March 7, interview, including her rumored rift with Duchess Kate.

In the bonus footage, Meghan gives more insight into the divide between the two duchesses, with the former actress claiming her negative experience with the British press isn’t comparable to Kate’s issues with the media.

“It was like the Wild, Wild West. It spread like wildfire. Plus, my being American — it translated in a different way across the pond. So you had a noise level that was very different,” she said in a CBS This Morning clip, noting that Harry’s family struggled to see the difference.

Meghan explained: ”I think the volume of what was coming in and the interest was greater because of social media, because of the fact that I was not just British, and that, unfortunately, if members of his family say, ‘Well, this is what has happened to all of us.’ … And if a member of his family will comfortably say, ‘We’ve all had to deal with some things that are rude,’ rude and racist are not the same.”

In another bonus clip, Harry, 36, echoed his wife’s opinion, noting that racism was “a large part” of the reason the twosome opted to stop working for Queen Elizabeth II and subsequently relocated to California.

“One of the people at [a British fundraiser] said to me, ‘Please don’t. Please don’t do this with the media. They will destroy your life.’ This person is friends with a lot of the editors,” Harry recalled. “So, I said, ‘Just elaborate by what you mean by that?’ He said, ‘You need to understand the U.K. is very bigoted.’ I stopped and I said, ‘The U.K. is not bigoted. The U.K. press is bigoted, specifically the tabloids. Is that what you mean?’ He goes, ‘No, the U.K. is bigoted.’ And I said, ‘I completely disagree.’ But unfortunately, if the source of the information is inherently corrupt or racist or biased, then that filters out to the rest of society.”

The royal family has yet to publicly react to Harry and Meghan’s bombshell interview. When Prince Charles was asked about the sit-down during a royal engagement on Tuesday, March 9, he laughed and kept walking. According to royal expert Katie Nicholl, Prince William is “devastated” by the claims — specifically the remarks about Kate — made by Harry and Meghan on Sunday.

“I think that the idea that Kate’s being dragged into this will be upsetting for Kate who behind the scenes has tried really hard to be a peacemaker between William and Harry,” Nicholl told Entertainment Tonight. “She has been deeply saddened by the brothers’ falling out. Don’t forget she was incredibly close to Harry herself.”

Scroll through for the biggest revelations from the extra footage from Meghan and Harry’s interview:

What Is Greenwashing? How to Spot and Avoid False 'Green' Claims

GameStop stock shoots past $200 on Tuesday 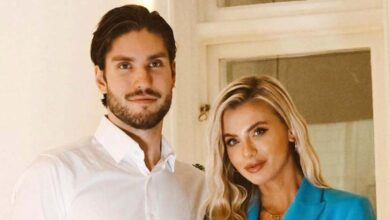 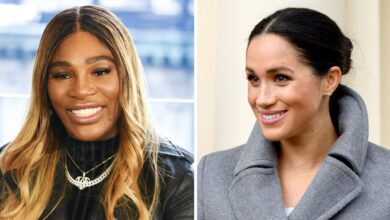 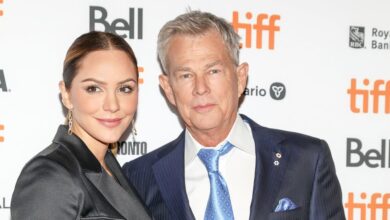 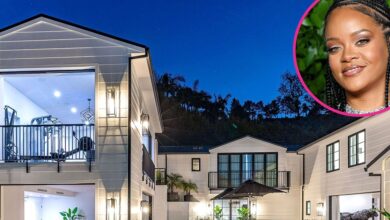