Microsoft’s acquisition of Activision for almost $69 billion is what the company calls a move to “provide building blocks for the metaverse.” Gamers, however, couldn’t care less about the tech industry’s latest buzzword and are far more concerned about the consolidation in the gaming industry and what this means for their ability to play their favorite games.

Gamers online shared their worries about the industry being controlled by a few major players. There’s also a worry that if Activision, the biggest third-party publisher, could be bought so easily, then what company is next?

Microsoft plus Activision Blizzard: What it means for…

“We’re running full speed toward the consolidation of all-controlling media/cultural empires (Disney, Microsoft, etc.) and, despite how much we may like their products today, it will be awful for the medium in the long term,” one Redditor said in a megathread about the deal on r/games.

For Xbox maker Microsoft, the Activision deal — announced Tuesday, but not expected to close until 2023 — marks the second major gaming acquisition in the last two years, and comes just a week after Take-Two’s $12.7 billion acquisition of mobile game maker Zynga. Across social media, the response from gamers to the news of the deal was unease and questions about the future. The concentration of so many resources – and hit titles – in fewer companies has many concerned about the rise of exclusives and the inability to play their favorite games.

PlayStation gamers could find themselves on the bad end of this deal, with subscribers to Microsoft’s Game Pass subscription service potentially gaining new, exclusive titles, according to Wedbush analyst Michael Pachter.

“If Microsoft attempts to make [Activision] games exclusive to Xbox, that will hurt PlayStation owners, so gamers are right to be concerned,” Pachter said.

A similar sentiment could be found on the r/PS5 subreddit, where owners of the PlayStation console fretted about facing a possible future with no more titles from Activision.

“In no world is buying up big 3rd party publishers with all its [intellectual property] good for this industry,” said another Redditor.

Taking exclusivity to a new level

There’s a reason for this concern. Microsoft’s move to buy Bethesda in 2020 for $7.5 billion left a bad taste for PlayStation owners. Starfield, a sci-fi action role-playing game developed by Bethesda, is the first major Xbox exclusive since the acquisition. Xbox boss Phil Spencer confirmed in November that Elder Scrolls VI, Bethesda’s popular role-playing series, would also be exclusive to Microsoft consoles.

Microsoft buying Activision also puts pressure on PS5 maker Sony, which is rumored to be working on a Game Pass alternative for the PlayStation platform.

“There is no doubt that this deal weakens Sony’s position in the market,” said Piers Harding-Rolls, research director for Ampere Analysis. “Whether or not Activision Blizzard’s content is progressively made exclusive to Xbox platforms and services, inclusion of new releases into Xbox Game Pass for several major games franchises, including Call of Duty, will undermine Sony’s third-party business. Sony has benefitted from the ability to negotiate timed exclusive content for Call of Duty but this is now under threat.”

While Sony fans are skeptical about the deal, Xbox fans congregating on Reddit largely cheered it.

Redditors at the r/XboxSeriesX were shocked at the news but also excited by the possibility of the entire Activision and Blizzard catalogs coming to Xbox Game Pass. Microsoft said Tuesday that there are more than 25 million Game Pass subscribers.

That subreddit also saw frequent references to a quote from Spencer from November saying Microsoft was “evaluating all aspects of our relationship with Activision Blizzard” following the news that Activision CEO Bobby Kotick had prior knowledge of sexual harassment allegations within his company.

Who’s next on the block?

With Microsoft showing off its deep pockets, the other big question following the $68.7 billion acquisition is about who’ll spend big money for another game company.

Electronic Arts, publisher of the Madden franchise, is a large game company rumored as a possible target, with a value that Wall Street investors put at $37 billion. Take-Two, the parent company of Rockstar, which publishes the Grand Theft Auto franchise, is even more affordable at $17 billion. Next would be privately held Valve, which Bloomberg estimates was worth approximately $10 billion in 2019. While Valve doesn’t have as large a catalog as the other publishers, it does own Steam, one of the largest online gaming stores, and a hardware division with its own virtual reality headset and soon-to-be-released portable console, the Steam Deck.

Below them are smaller publishers such as Epic Games, which owns the Fortnite franchise. And that’s just in the US. Also out there are Assassin’s Creed maker Ubisoft in France and Japanese game publishers such as Final Fantasy maker Square Enix, Street Fighter developer Capcom and Sonic the Hedgehog creator Sega.

There are a number of big tech companies that could strengthen their gaming portfolios by purchasing one of these publishers. Google dipped its foot into video games with its cloud gaming service Stadia, but the service didn’t catch on. Amazon launched its Luna service last year and showed a willingness to spend in this area with its $970 million acquisition of Twitch. Apple caused a stir with its Apple Arcade subscription making some of the most anticipated mobile games exclusive to iOS devices. There’s also Meta, formerly Facebook, which is creating its take on the metaverse.

All of these tech companies are worth $1 trillion, or nearly so, and the Microsoft-Activision deal makes it clear there’s no time to wait.

“This deal, its scale and wider industry ramifications, means that the chances of another large acquisition have risen to an extent,” Harding-Rolls said. “Other publishers and competitors will be busy evaluating what this means for their strategies.”

An Admissions Process Built for Racial Equity? This Report Imagines What It Would Look Like 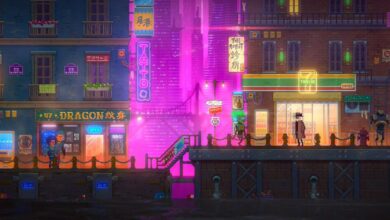 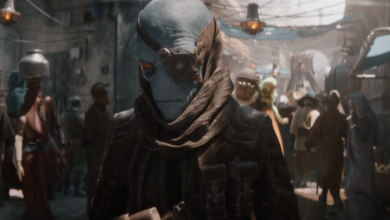 Star Wars: Eclipse is an epic new game from the makers of Heavy Rain 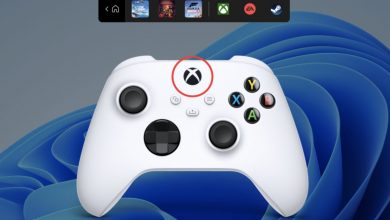 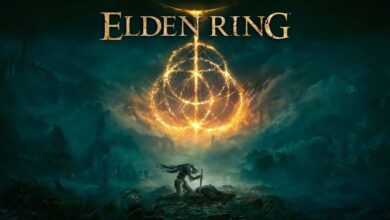