Seven-inning doubleheaders will be back in 2021. So will a runner on second base to start every extra inning thanks to an agreement between Major League Baseball and the MLB Players Association, multiple media outlets reported Monday night.

Two other proposals remain up for debate: the use of the designated hitter in both leagues as well as expanded playoffs.

The season remains on track to start April 1 and include a full 162-game slate, according to MLB.com. Spring training starts Feb. 17.

The agreed-upon items come as part of the health and safety protocols for the 2021 season. Both the owners and players agreed that seven-inning doubleheaders could prove valuable with postponements once again a possibility. They also concurred that extra-innings baserunners could expedite the ending of games and create excitement for players and fans alike.

The players and owners have not agreed on a universal designated hitter, although in 2020 that did not become a reality until hours before the start of the season.

Likewise, expanded playoffs could occur again, but the sides have not come to an agreement. The default option would include three division winners and two wild-card entries for both the American League and National League, but MLB has lobbied for the playoffs to expand to 14 or 16 teams, with the latter representing the number of teams that were part of the 2020 postseason tournament.

The union recently rejected a plan that featured a 154-game season. Players would have received their full, 162-game salaries as part of the proposal, which would have included expanded playoffs and the designated hitter in both leagues.

Lakers pull out OT win over Thunder without Anthony Davis 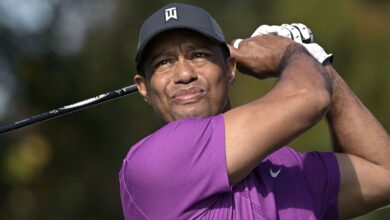 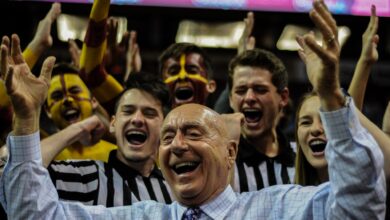