A new report on air quality found that more than 4 in 10 people are breathing in unhealthy air, with the American Lung Association pointing to climate change as a driving factor. The report, which analyzes data collected by the Environmental Protection Agency (EPA) from 2017, 2018 and 2019, also found people of color were 61% more likely to live in a county with unhealthy air than white people.

“This report shines a spotlight on the urgent need to curb climate change, clean up air pollution and advance environmental justice,” Harold Wimmer, the association president and CEO, said in a news release accompanying the 22nd annual “State of the Air” report. “The nation has a real opportunity to address all three at once – and to do that, we must center on healthy and health equity as we move away from combustion and fossil fuels to clean, renewable energy.”

The report analyzed and ranked regions most polluted by particle pollution, which is comprised of unhealthy particles in the air that “come from wildfires, wood-burning stoves, coal-fired power plants, diesel engines and other sources.” The association noted that the particles can trigger asthma attacks, heart attacks, stroke and can cause lung cancer. It’s also recently been linked to serious diseases and worsened outcomes for COVID-19.

“Too many people are breathing unhealthy air, and they are disproportionately likely to be people of color,” Wimmer said. “Join us in calling on President Biden to promote environmental justice by prioritizing historically burdened communities for pollution cleanup and to receive the benefits of investments in the transition to electric vehicles and clean, renewable electricity.

The association noted that the three years included in the report were among the hottest ever recorded.

Coronavirus experts frustrated with Fauci, media on mixed vaccine messaging: ‘We will never get to zero risk’ 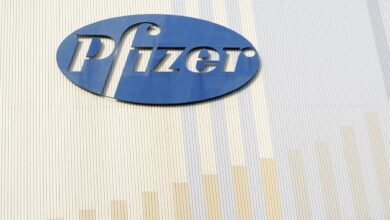