Two-thirds of Americans are unhappy with the country’s COVID-19 vaccine process, according to Gallup poll findings released Wednesday.

Results stem from a random sampling of 4,098 adults who took web surveys from Jan. 25-31. While 66% of respondents answered that they were “dissatisfied,” including 21% who were “very dissatisfied,” the survey shows that 30% of Americans are content with the vaccination process. Gallup says 4% of Americans reported feeling “very satisfied.”

The survey was conducted days after President Biden was inaugurated. His administration claims vaccine supply has increased from 8.6 million doses delivered to states weekly, to 11 million, or a 28% total increase across the first three weeks.

IS THE COVID-19 VACCINE EFFECTIVE IF YOU DON’T HAVE A REACTION TO IT?

“I know Americans are eager to get vaccinated, and we’re working with manufacturers to increase the supply of vaccines as quickly as possible,” Jeff Zients, Biden’s COVID-19 response coordinator, said during a White House briefing Tuesday.

Biden also ordered an additional 200 million vaccines, making for a total of 600 million doses expected by summer, which is enough to vaccinate all Americans, Zients said.

The country has faced significant hurdles with its vaccination process, including vaccine distrust, refusal by some medical workers, a lagging start to the rollout, complexities with the vaccines’ cold chain, appointment mix-ups, jabs going to waste and demand far exceeding supply.

The Trump administration also failed to hit a goal of vaccinating 20 million Americans by the end of 2020, reaching 2.8 million instead, per Reuters, though according to data compiled by the Centers for Disease Control and Prevention (CDC), 43.2 million doses of vaccines developed by Pfizer-BioNTech and Moderna have now been administered.

“Whenever you have a very large operation, such as trying to vaccinate an entire country with a new vaccine, there always will be bumps in the road and hiccups about that,” Dr. Anthony Fauci, director of National Institute of Allergy and Infectious Diseases, previously said.

Meanwhile, Americans’ willingness to receive vaccines continues to climb to new highs, reaching a record of 71% who said in January that they would agree to get vaccinated if a shot was available “right now at no cost,” according to Gallup. The new high comes after a record low of 50% recorded in September.

Gallup found that 79% of Democrats reported dissatisfaction with the country’s vaccination process, compared to 51% of Republicans.

“These differences suggest people may still be evaluating the situation based on their assessments of former President Donald Trump’s handling of the vaccination effort, rather than Biden’s, given Democrats’ and independents’ general discontent with the Trump administration’s handling of the coronavirus situation more generally,” Gallup writes.

The poll comes as the Biden administration announced Tuesday it will allocate 1 million COVID-19 vaccines to community health centers nationwide in an effort to vaccinate hard-hit and difficult-to-reach populations. The program aims to reach 250 locations in its initial phase, ramping up to 1,400 community health centers as more vaccine supply becomes available. 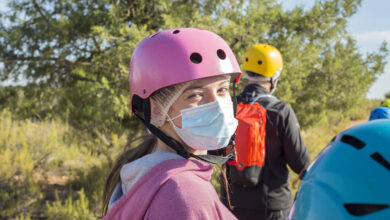 Who is at risk for developing blood clots?