With Kevon Looney and James Wiseman injured, the Golden State Warriors have leaned heavily on Draymond Green in the frontcourt. After recording 30 assists in two games against the Dallas Mavericks, Green continued his solid pace against the San Antonio Spurs on Monday night.

The three-time All-Star tallied a double-double with 10 boards and 10 assists in 36 minutes against the Spurs. Green added seven points, two steals, and a block on Monday. However, Green’s performance will be remembered for what happened in the final minutes.

After Dejounte Murray and Steph Curry traded clutch 3-pointers late in the fourth quarter, the Warriors trailed the Spurs by three points with 8.7 seconds remaining on the clock. With a chance to tie the game, Green surprisingly launched an errant long-distance 3-pointer from near the center court logo.

Green’s heave clanked off the backboard into the hands of DeMar DeRozan. Following a foul, DeRozan buried a pair of free-throws to ice the game in San Antonio’s favor, 105-100.

Green believed the Spurs would foul him upon receiving the inbounds pass. The former Defensive Player of the Year was trying to get a shot off while getting fouled to go to the line for a trio of free throws. Yet, Derrick White didn’t bite, leaving Green with a stray attempt at the end of the game.

After the game, Green called his final play, “the smartest dumb play in history.” 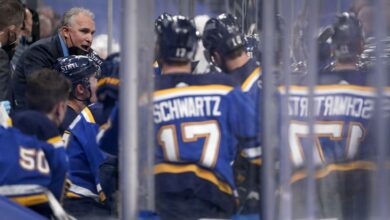 Cratering Blues running out of time to salvage season 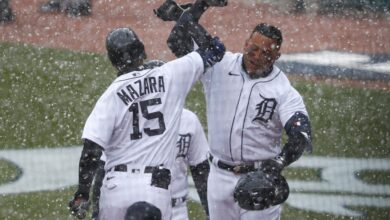