A new study suggests there were a record 1.1 billion smokers worldwide in 2019, and nearly 8 million related deaths. Researchers warn progress against the prevalence of smoking tobacco use has slowed in the last 10 years in many countries, and population growth is resulting in an increasing number of smokers.

“Countries have a clear and urgent opportunity to pass strong, evidence-based policies to accelerate reductions in the prevalence of smoking and reap massive health benefits for their citizens,” study authors wrote.

Findings published in The Lancet stem from data on 204 countries and territories as part of the Global Burden of Diseases 2019 study. While the World Health Organization ignited positive change in the decade following 2005 through its Framework Convention on Tobacco Control (FCTC) – recommending tools like dropping affordability through taxation and greenlighting smoke-free laws — study authors say, 15 years later, “a large implementation gap remains.”

‘If an individual does not become a regular smoker by age 25 years, then they are unlikely to become a smoker,’ authors wrote. (iStock)

Authors highlighted three notable patterns of concern, including little progress won in countries like China and Indonesia with large populations and a heavy smoking prevalence, an uptick in smokers over time due to population growth, and slowing progress.

Researchers found that 10 countries alone account for almost two-thirds of global smokers: “China, India, Indonesia, the USA, Russia, Bangladesh, Japan, Turkey, Vietnam, and the Philippines.” What’s more, 30% of all smokers worldwide lived in China in 2019, according to the study.

Results suggested most smokers take up the harmful habit between the ages of 14-25, underscoring the need to prevent smoking in younger populations.

“Unlike other risk factors, such as obesity, diet, and hypertension, if an individual does not become a regular smoker by age 25 years, then they are unlikely to become a smoker,” authors wrote.

“Smoking is a major risk factor that threatens the health of people worldwide, but tobacco control is woefully insufficient in many countries around the world,” Professor Emmanuela Gakidou, senior author, Institute for Health Metrics and Evaluation (IHME), University of Washington, said in a news release. “Persistently high smoking prevalence among young people in many countries, along with the expansion of new tobacco and nicotine products, highlight an urgent need to double down on tobacco control.”

The most common health issues tied to smoking among both sexes included ischaemic heart disease, chronic obstructive pulmonary disease, tracheal, bronchus, and lung cancer and stroke, altogether comprising some 72% of all deaths connected to smoking tobacco in 2019.

“Our findings are an urgent call to action for countries to implement and enforce stronger tobacco control policies than are currently in place, and serve as a blueprint for targeting interventions, monitoring progress, allocating resources, and planning for future health system strain,” study authors wrote. 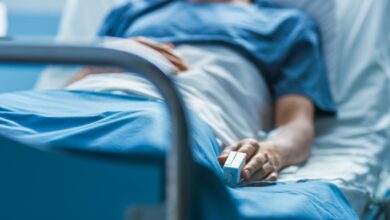 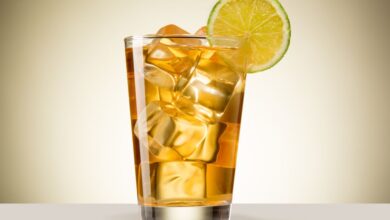 10 Drinks to Have in Moderation

California woman says coronavirius infected entire family, killed her father: ‘This was a shock to all of us’

A rapid COVID-19 vaccine rollout backfired in some US states