Oil refiners, anticipating a lifting of U.S. sanctions, plan to make space for the resumption of Iranian imports by reducing spot crude oil purchases in the second half of the year, company officials told Reuters. The world’s third-largest oil consumer and importer halted imports from Tehran in 2019 after former U.S. President Donald Trump withdrew from a 2015 accord and re-imposed sanctions on the OPEC producer over its disputed nuclear programme. U.S. President Joe Biden’s administration and Iran have been involved in indirect talks to revive the pact for Tehran to curb its nuclear activities in exchange for a lifting of sanctions.

Analysts expect Iran to ramp up crude exports to 1.5 million barrels per day in the fourth quarter when sanctions are lifted. India, used to be Iran’s second-biggest oil client after China, buying as much as 480,000 bpd in the fiscal year beginning April 2018.

“HPCL will consider buying Iranian oil depending on techno economic suitability as and when sanctions are lifted and situations are conducive for commercial transactions,” chairman M. K. Surana told Reuters. Top refiner Indian Oil Corp is also expecting to reduce spot purchases and can easily process about 2 million tonnes (14.6 million barrels) of Iranian oil this fiscal year, said a company source, who declined to be named as he is not authorised to speak to media. 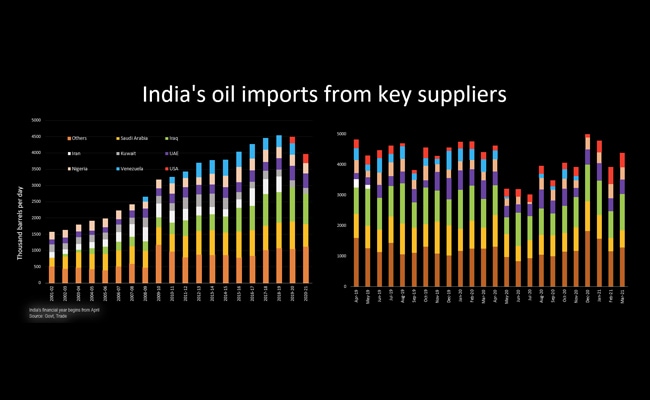 The IOC plans to buy 56 per cent of its imports through term contracts this fiscal year. Indian refiners have raised the share of spot purchases versus term contracts to gain from cheaper barrels available in a surplus market. After the halt in Iranian oil, Indian had diversified its imports and raised its share of U.S. oil.

An official at Mangalore Refinery and Petrochemicals Ltd said his company would also cut spot purchases and buy Iranian oil. 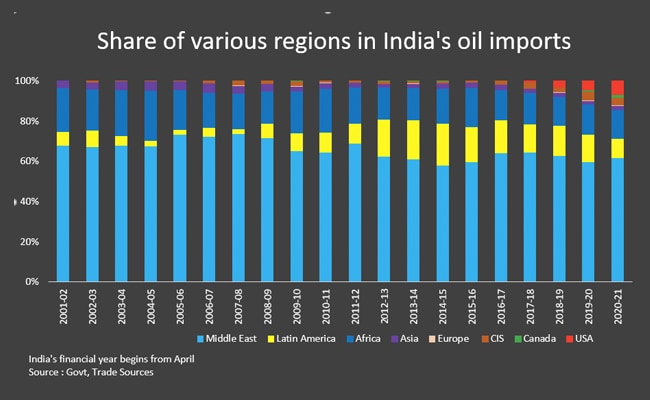 The resumption of Iranian oil supplies will help India replace lower supplies from Iraq and Kuwait, also members of the Organization of the Petroleum Exporting Countries, which has lowered output to support oil prices.

India’s relations with OPEC’s biggest member Saudi Arabia came under strain after it said the producer group’s output curbs were damaging to consumers. Tensions eased this month after Saudi Arabia provided India with oxygen to help it deal with a surge in COVID-19.

Cryptocurrency Bitcoin Charges To New High Of $51,721 After Historic Milestone Of Crossing $50,000