MIAMI (AP) — Victor Oladipo finally made his Miami debut, and the Heat ensured it was a memorable one.

Jimmy Butler scored 22 points, Duncan Robinson scored 21 and the Heat held off the Golden State Warriors 116-109 on Thursday night to win their third straight outing and move back over the .500 mark at 25-24.

Tyler Herro scored 20 points, Bam Adebayo had 19, Trevor Ariza added 10 and Andre Iguodala — the 2015 NBA Finals MVP for Golden State — had 10 in the fourth quarter to help seal the win against his former club.

“Buckets started to come easy for all of us,” Herro said.

Stephen Curry finished with 36 points and 11 rebounds for the Warriors, who got 23 from Andrew Wiggins and a 16-point, 10-rebound, eight-assist night from Draymond Green.

Oladipo started and did a little of everything in his first game with the Heat, finishing with six points, five assists, three rebounds and two steals.

The Warriors got off to a cold start, missing 11 of their first 13 shots, and found themselves in the lead after Miami went icy itself later in the opening period. The Warriors never led by more than five, and while the Heat offense was up and down, the defense was a constant.

Golden State’s last lead was with 6:09 left in the third when Curry got a wild jumper to fall while being fouled by Oladipo, the free throw putting the Warriors on top 68-67.

Miami controlled the rest. A 9-0 run in the third quarter created some separation and an 86-75 lead, and when the Warriors got within 88-86 early in the fourth the Heat had one more spurt left.

Warriors: Curry grimaced after drawing a charge against Oladipo in the opening quarter and landing on his bruised tailbone. He remained in the game. … Warriors coach Steve Kerr lauded North Carolina’s Roy Williams, who announced his retirement from coaching Thursday. “Reading the news today made me a little sad because I’ve always enjoyed watching his teams and watching him coach,” Kerr said.

Heat: Oladipo became the 262nd player to appear for Miami, the 189th to start. … Miami led 59-54 at the break, ending a streak of seven consecutive Heat halftime deficits. It was the longest string of Miami trailing at intermissions since an eight-game run late in the 2007-08 season. … Herro’s 14-point second quarter was his top-scoring period of the season.

This game started the first of two East Coast trips for the Warriors in a three-week span. They play Toronto and Atlanta on this trip, head back home, then have a five-game trip including stops at Boston, Philadelphia and Washington ending April 21. The Warriors end with nine of 13 at home, including their last six.

It was the first time Oladipo didn’t have a double-digit scoring game in his debut with a team. He averaged 19.0 points in his debuts with Orlando, Oklahoma City, Indiana and Houston, but impressed in many other ways. “He’s so dynamic,” Herro said. 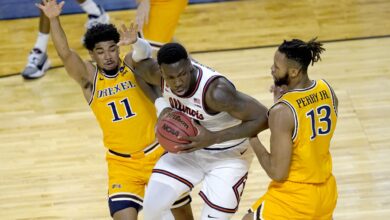 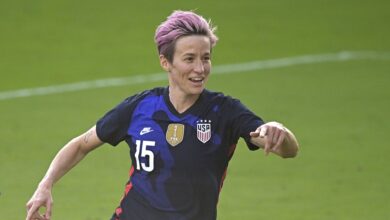 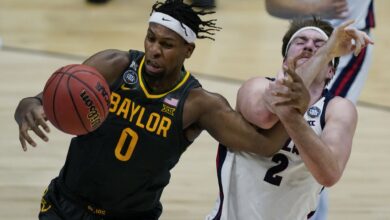