From Michaela Coel in Maximilian Davis to Golda Rosheuvel in Simone Rocha.

Did you get the memo that capital-G red carpet Glamour is back? In the case of the 2021 BAFTA Television awards, quite literally, too. Michaela Coel’s exquisite gown by London-based creative Maximilian Davis boasted bright red bell sleeves and eye-catching cut-outs on both sides of its silhouette. Coming or going, it was a breathtaking look, especially since Coel paired the piece with bold gold jewellery by Alighieri — another London label, helmed by Rosh Mahtani, who last year was the first jewellery designer to be given the Queen Elizabeth II Award for British Design. And to keep the local love going, Coel — whose revolutionary show I May Destroy You won multiple awards including Leading Actress and Writer: Drama for Coel herself — brought along a glossy black version of Simone Rocha’s coveted Egg bag.

But that wasn’t the only glimpse of Rocha’s elegant designs on the recent BAFTA TV red carpet. Bridgerton’s Golda Rosheuvel donned a sheer tulle frock, festooned with red floral embellishments, by the designer. It was worn over a tailored white shirt, as per the designer’s inimitable styling predilections. Rosheuvel’s co-star, Nicola Coughlan, also made a statement in a tangerine-coloured dress by Valentino and blue eyeshadow. I May Destroy You’s Paapa Essiedu wore an orange Valentino number, too, and it was enough to get anyone juiced up for dressing again.

In further rainbow connections, television presenter AJ Odudu was a feathery fantasy in a red floor-length confection by Vietnamese label Tranhung. And Zawe Ashton of The Handmaid’s Tale was a psychedelic sight to behold in a voluminous dress by Australian brand Zimmermann.

This was only one of the many unexpected moments throughout the sartorial feast which included a roster of independent creatives like Canadian-British designer Edeline Lee’s bespoke frilled dress for Gbemisola Ikumelo and Bimini Bon Boulash sporting Central Saint Martins student Ása Bríet Brattaberg’s work. The range of design talent was a welcome sight compared to awards shows past and their usual mix of established luxury labels.

Scroll through our gallery to see more wardrobe magic from the night. 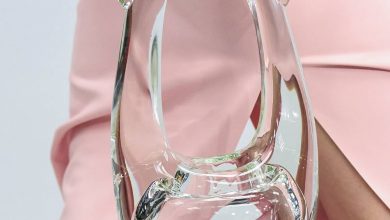 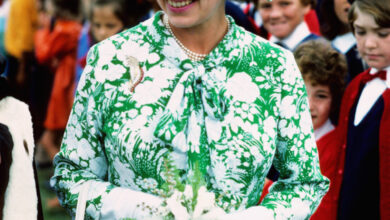 Queen Elizabeth’s Fashion Through the Decades 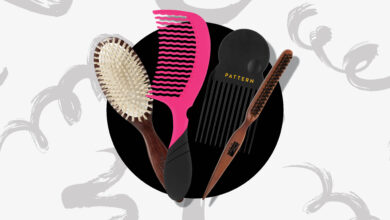 The Best Detangling Brushes and Combs for Curly Hair 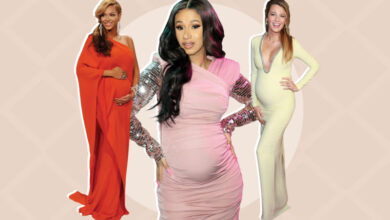