Alex Ovechkin continued his climb up a few NHL all-time goal lists on Friday night with a pair of goals in a 4-0 win over the New Jersey Devils. He recorded his 148th career multi-goal game to take sole possession of fourth place from Gordie Howe. Ovechkin also got his 116th regular-season game winner, which is just two behind Phil Esposito for third in NHL history. Additionally, he is up to 723 career goals, which puts him eight behind Marcel Dionne for fifth in league history. Ovechkin has found the back of the net nine times in the past eight games to give him 17 on the year.

The big story off of the ice was the Montreal Canadiens’ acquisition of Eric Staal from the Buffalo Sabres. The Canadiens got an early jump on the April 12 trade deadline by sending a third-round pick and a fifth-round pick in the 2021 NHL Draft to the Sabres in exchange for the veteran center. It’s expected to be a buyer’s market, so it’s not surprising that Buffalo retained $1.625 million of Staal’s salary.

Don’t forget, for everything NHL, check out NBC Sports EDGE’s Player News, and follow @NBCSEdgeHK and @CoreAbbott on Twitter.

The Capitals have won six straight games against the Devils following Friday’s victory, including two matches this week.

Alex Ovechkin scored a pair of goals in the contest, including the game winner at the 5:58 mark of the first period. He has lit the lamp 10 times in the last 10 games.

Evgeny Kuznetsov had the primary helper on both of Ovechkin’s goals.

Conor Sheary had a two-point night as well with one goal and one helper.

Nicklas Backstrom had the other goal of the match to give him a total of 13 on the year. He already has more goals than he did in 2019-20 in 28 fewer games.

Ilya Samsonov turned aside all 24 shots he faced for his first shutout of the season and the second of his career.

Scott Wedgewood blocked 27 of 31 shots in the loss.

Editor’s Note: Drafting is only half the battle! Get an edge on your competition all season long with rankings, projections, trade evaluator, lineup adviser and much more with our NHL Season Tools. Click here to learn more!

The Ducks ended a three-game losing skid on Friday, while extending the Blues’ losing streak to three consecutive matches in the process. Additionally, St. Louis has gone winless in six games in a row on home ice.

John Gibson returned to action following a six-game absence because of a lower-body injury. He stopped 33 of 34 shots in the contest. Gibson only had one victory over 11 games prior to getting hurt.

Sam Steel opened the scoring at the 2:23 mark of the second period.

Max Jones scored what held up as the game winner in the final minute of the second stanza.

Ryan O’Reilly got the Blues on the board at the 10:50 mark of the third period.

Derek Grant and Rickard Rakell added empty-netters in the third.

The Coyotes have won two straight games and will meet the Sharks again on Saturday to conclude a four-game homestand.

Christian Dvorak scored a pair of goals in the match to give him 11 on the year.

Oliver Ekman-Larsson registered two assists, including one a power-play goal by Phil Kessel in the third period.

Nick Schmaltz and Dryden Hunt had the other goals for Arizona.

Tomas Hertl tied the game with a shorthanded marker early in the second period. It was the 300th point of his career.

Patrick Marleau rounded out the scoring with his second goal of 2020-21 and his first since Feb, 20 against St. Louis.

Martin Jones surrendered five goals on 28 shots in the defeat.

Adin Hill shielded 20 shots for his second consecutive win and his third of the season.

The Jets have a three-game win spree after holding on to defeat the Flames on Friday. Winnipeg and Calgary will meet again on Saturday night.

Blake Wheeler, Paul Stastny and Kyle Connor accounted for one goal and one helper apiece.

Wheeler and Stastny potted power-play goals for the Jets.

Milan Lucic got the Flames on the scoresheet at the 6:52 mark of the third period with a goal on the man advantage.

Matthew Tkachuk cut Calgary’s deficit to 3-2 with just under two minutes remaining, but that was as close as they would come.

Joakim Nordstrom had a game-high seven hits in his return to the lineup. 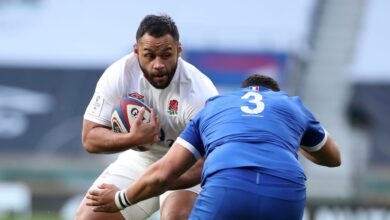 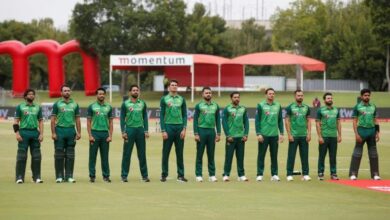 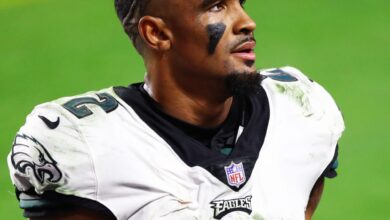 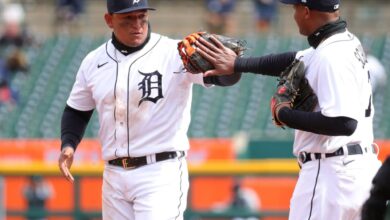