I want to give y’all a pretty serious public service announcement/reminder based on my own experience over the last couple of days. Long story short, Matt and I learned that we’ve had two ongoing and undetected gas leaks in our house, and we have no idea how long these gas leaks have been there. When I learned that we’ve had these gas leaks, it really freaked me out. I mean, I’m sure we’ve all seen videos of houses literally blowing up because of gas leaks, like this and this, and yet for some reason, having our gas lines checked on a regular basis is something that never crossed our minds.

Our gas leaks wouldn’t have even been detected at this point if not for the fact that the gas company has been working on our street for about the last four week replacing all of the gas lines and gas meters. It’s been a very extensive project, and has been kind of disruptive on our street for a while now, but obviously it’s very needed. The houses on this street were built in the late 40s and early 50s, and I’m assuming that all of the lines they’re replacing were original. So for about four weeks now, every house on our side of the street has had numerous large holes dug in the front yard. At one time, they had dug about three huge holes in our front yard, but now we’re just down to this one…

And they’re all about 5 to 6 feet deep, with shiny new gas lines towards the bottom of the holes and trenches.

Anyway, this has been going on for weeks, as I said, and they’re finally finishing up by replacing the actual meters on all of the houses. Ours got replaced on Tuesday. I was working on the bathroom, and they were just outside the front window (in the home gym) replacing our meter. It was a very loud process, as they were banging on pipes and making all kinds of noise.

I noticed that the noise stopped right around 5:00pm, so I took a break from my work to walk outside, and sure enough, they had finished up the installation of our new meter. I have no idea why this one is so far away from the house (the old one was right up against the house), but I’m guessing there’s a reason for it.

Anyway, I didn’t think much of it. I just went back to the bathroom and continued my work, and I worked pretty late that night.

On Wednesday morning, I headed into the kitchen to make some food for Matt before I headed out to lunch with my mom. I tried turning on the burner, and nothing happened. It didn’t light, and I didn’t smell any gas at all. I was so frustrated, so I headed out to look at the new meter (as if I knew what I was doing or what I was looking for 😀 ), and as I opened the front door, I noticed a yellow door tag hanging on the door.

Evidently the Atmos Energy guy came buy to do a relight on Tuesday evening (i.e., to turn the gas back on, relight any pilot lights, and make sure our gas appliances were working properly), but I didn’t hear him when he knocked on the door because I was working in the bathroom with the home gym door closed and my earbuds in my ears.

So I called Atmos Energy to have someone come back out, but I was going to be in and out throughout the day on Wednesday, so they wouldn’t schedule it. Yesterday (Thursday) I had no plans until the evening, so I called again to see if they would send someone out. He got here within the hour, and I was expecting it to be about a ten minute job where he turns the gas on at the meter, then comes in and makes sure the stove is working, and then relights the pilot light on the hot water heater, and that’s it.

Well, that’s not what happened. Before they can do a relight, they have to make sure that there are no leaks in any of the gas pipes in the home. And if any leaks are detected, they can’t turn the gas on to the house. And sure enough, we had a leak.

The way that they check for leaks is pretty quick and straightforward, which means that there’s no excuse for us not to have this done regularly from now on. In the picture below, you can see our outdoor gas meter. It has two pipes going out of it. The pipe on the left does a loop up and then goes down into the ground and out to the street. That’s the pipe through which the gas is delivered to our house. Then the gas goes through the meter and into the pipe on the right where it goes into the gas lines under the house and to our appliances (stove and hot water heater).

In order to test the gas lines in the house, they unscrew the connector where the gas pipe on the right (the one that goes into the house) is connected to the meter, and then move the meter out of the way a bit.

Obviously, if it holds the pressure, you’re good to go and the gas can be turned back on. If it doesn’t hold the pressure, you have a gas leak somewhere and they can’t turn the gas back on.

Well, we had a gas leak, and it was pretty significant. So that meant that I had to call a plumber, and because this has been a pretty extensive project on our street for about four weeks now, there are about two plumbing companies that they’ve contracted with, and who were already on our street working on other houses. So fortunately, they were able to come pretty quickly and get the leak taken care of.

Our leak ended up being in the pipe that used to deliver gas to the original hot water heater, which was located in the far right corner of the garage (which is now my studio). It’s a pipe that’s no longer used, so they just crawled under the house, cut that line, and capped it.

I was so thankful that they were able to find it quickly and easily, but also a little freaked out. If I remember correctly, we had that hot water heater removed before we even moved into this house (or maybe very soon after), and we’ve been here 8.5 years. So who even knows how long it’s been leaking? Because of where it was located, and because it was under the house, it’s not something that we would be able to smell. If you have a gas leak actually inside your house, you’ll smell it. If I accidentally lean on a knob on my stove and turn on the gas (which I’ve done a few times), I smell it within a few seconds. But there’s just no way we would have smelled this leak because of its location.

Anyway, they got that fixed, and I called the Atmos Energy guy back out, and he did his gauge test again. This time, his gauge showed that we have a very small and slow leak somewhere. Ugh! So frustrating! The good thing is that he was able to locate it pretty quickly. The bad thing is that it was leaking out of a connector on our hot water heater. He tried tightening the connection to see if it was just loose, but it wouldn’t tighten. So that just means that we have a faulty connector.

I’m back there all the time! Our hot water heater is right next to the washer and dryer in the sunroom. How in the world have I never smelled that gas leak?

He did go ahead and turn the gas back on to our house AFTER making sure that the valve to our hot water heater was turned off. He told me that I could call the plumber back to replace that hose/connector for me, or that I could replace it myself. He showed me how to do it (super simple, like replacing a connector hose for water under your bathroom sink) and then how to test for leaks after it’s connected by spraying soapy water on the connection and looking for bubbles.

That will obviously be my top priority today. My poor kitchen is a mess after three days with no hot water and no way to wash dishes. 😀

But all of this has been a real wake up call for me. There are plenty of things that we as homeowners put off, but making sure the gas pipes are in proper working order, and that there are no leaks, shouldn’t ever be one of those things. That’s way too serious of a thing to neglect, and the consequences of neglecting gas pipe maintenance could literally be a matter of life and death.

It’s a mistake we won’t make anymore. Of that, I can be sure. And if you have gas in your home, I really want to encourage you to have yours checked on a regular basis. The test itself is very quick and easy, so if all is well, then you’d just be paying for the service fee for your plumber. And if they detect a problem, the cost of having it fixed is well worth the price because it could literally save the lives of you and your family members. Don’t put it off! 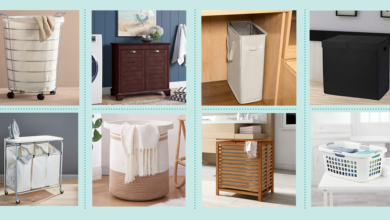 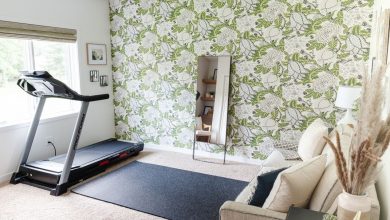 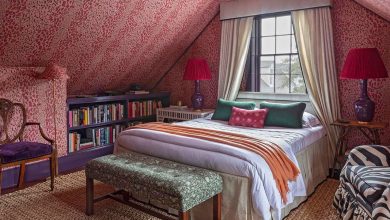 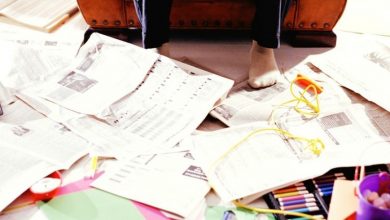