Whether she’s competing or walking the runway, this champion fencer delivers an important message: that the differently abled deserve  to be seen and heard.

Paralympian and world champion fencer Beatrice Maria Vio Grandis — better known as Bebe Vio — pops up on our video call with a beaming smile and no sign of nervousness, even though she is about to take to the L’Oréal Paris runway during Paris Fashion Week. “I’m feeling many different emotions being here,” says Vio, who was named a global spokesperson for the beauty brand this past summer and is taking part in the annual show for the second time. “Last year, I met so many new people. This year, it feels like we are all part of the same team. It’s such a beautiful thing to be in this very mixed group from varied cultures who have different ways of thinking.”

At 25, Vio is one of the youngest members of the lively and inspiring ensemble of ambassadors, which also includes Camille Razat, Aishwarya Rai Bachchan and Aja Naomi King. But Vio, who strutted down the catwalk (with the help of her prosthetic limbs) wearing a bold red lip, sparkling eye makeup and a dazzling silver suit by French brand Koché, might well be the most tenacious of the group. After contracting meningitis in 2008 at the age of 11 and subsequently having her forearms and her legs below the knee amputated, as well as significant scarring across her body, she adamantly returned to the sport she loves and became a wheelchair-fencing phenom. She won her first European championship in 2014 and the world championship in 2015, and she was the Paralympic champion in both 2016 and 2020.

“A few years ago, I felt like having a disability and facial scars was something to hide,” she explains. “But L’Oréal Paris brought me into this group because they want everyone to understand that makeup can highlight every kind of beauty. They want to feature differentiation and make it a strength, not a weakness.”

The feisty fencer further emphasizes her individuality with full brows and a cropped, bleached ’do and by bringing some sporty spice to the red carpet. At the Cannes Film Festival in May, she rocked crystal-encrusted sneakers with a lavish embroidered tulle Christian Dior dress by artistic director and fellow Italian Maria Grazia Chiuri. With a bodice that resembled armour, the look exuded the ethos of powerful feminist allure that Dior has become synonymous with since Chiuri (the first female designer for the luxury house) took over. “I’m a super-big fan of her work,” says Vio. “She is someone who wants to say something about issues. There are so many amazing messages that you can share through fashion.”

Vio is spreading her own belief — that sport should be accessible to all — through a partnership with Nike that resulted in the launch of the Bebe Vio Academy, an initiative managed by sport-therapy organization art4sport. When asked how she manages her various roles and responsibilities, which also include recent home ownership, her answer isn’t surprising. “I don’t need to be surrounded by birds chirping or to meditate,” she says about how she tends to her mental health. “The best thing that I can do for myself is to be in the gym. I love training. My team is not only my team; they are my family. It’s like being with people who really care about you.”

Vio also makes a case for community when it comes to nurturing the champion in all of us. “I needed a few years to get comfortable with who I am in the public sphere,” she says. “Don’t hide yourself because you think that someone could think differently about you. You have to be proud of the category that you want to represent. I’m so proud to represent the Paralympic world. And it’s amazing to have a big brand like L’Oréal Paris believing in the message of a disability being normal and something that makes you proud.”

“I want people to look me in the eye, especially when I’m sharing a message.”

“I have so many brow pencils, and all of them are basically new because I only use the brush on the one side.” 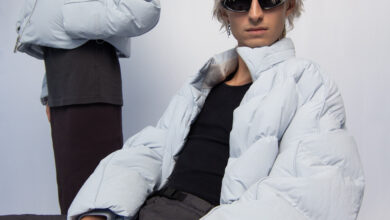 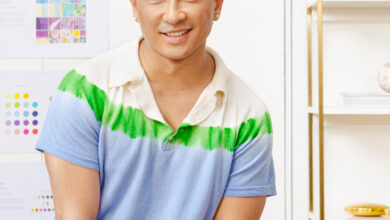 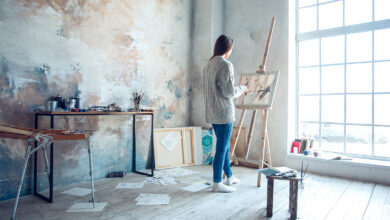 An Artist’s Guide to Wellness 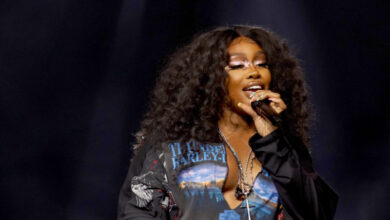 SZA Gave Us An Ode To Sadness With ‘SOS’