Bachelor alum Peter Weber opened up about his relationship with ex-girlfriend Kelley Flanagan after the pair sparked reconciliation rumors at the Super Bowl earlier this month.

The pilot, 29, spoke about the attorney during a Zoom call that was originally shared on TikTok and then posted on a Bachelor Nation fan account on Instagram on Saturday, February 13.

“I’d not seen her since … for a couple of months actually, since things ended,” he said. “But I did see her and it was a good meeting, for sure. We are on good terms, I will tell you guys that.”

Weber and Flanagan were spotted partying together in Tampa, Florida, on February 6, one day before the Super Bowl. In video posted on Instagram by a fan account, the pair could be seen at a club together as Weber led his ex, 28, through the crowd while dancing. In a photo, she pulled down her face mask and got close to her ex, although his face was not visible.

The season 15 Bachelor lead confirmed the pair’s split in December 2020 after less than a year of dating.

“Love is a funny thing. It can make you feel on top of the world and it can make you feel a pain you wish didn’t exist. I’m here to share that Kelley and I have decided to go our separate ways,” he wrote via Instagram on New Year’s Eve. “While our relationship was filled with countless beautiful memories, our relationship simply didn’t work out in the end. Kelley is someone I will always have a special love for. Someone I have learned more from than she will ever understand. Someone I am so thankful came into my life and someone who I will always wish all of life’s greatest blessings on. These moments in life always hurt, but in my opinion that shows you it was worth the time you spent together. Thank you Kelley.”

Flanagan addressed the breakup in her own post in January. “Peter and I had some unbelievable times together and they will definitely be missed,” she wrote. “Unfortunately him and I are in two different stages of our lives and saw our future paths differently. I wish Peter the absolute best and want to thank everyone for your continued support as I move on to my next chapter.”

A source told Us Weekly in January that the split, which was initiated by Weber, was “tough” for both of them.

“Their personalities just didn’t mix — that was a big factor or the breakup,” the insider said, adding that Weber “would never cheat” on Flanagan amid infidelity rumors. “They also fought and had many disagreements and didn’t see eye to eye at times.” The pair later unfollowed each other on Instagram.

The Illinois native appeared on Weber’s season of The Bachelor in 2020 but was cut from the competition in week 7. He proposed to Hannah Ann Sluss before breaking off their engagement less than two months later because he still had feelings for runner-up Madison Prewett. The pair called it quits after the Bachelor finale aired in March.

Us confirmed the following month that Weber and Flanagan were dating after reconnecting in Chicago amid the coronavirus pandemic. 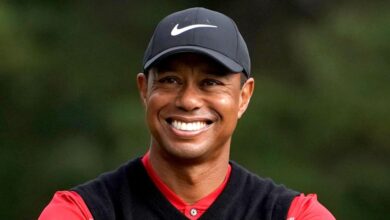 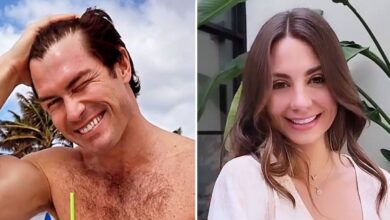 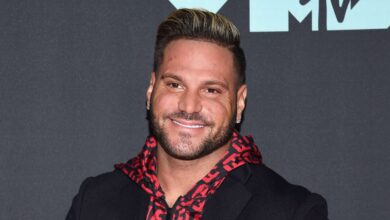 Ronnie Ortiz-Magro Out on $100K Bond After Domestic Violence Arrest 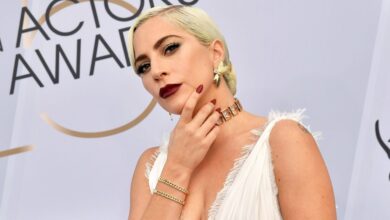