Domestic petrol and diesel prices vary from state to state due to value added tax (VAT).

Petrol, Diesel Prices Today: Petrol and diesel prices touched fresh all-time highs across the four metros on Monday, February 15, after oil marketing companies increased the rates by around 30 paise for the seventh straight day. In Delhi, the price of petrol was hiked by 26 paise from Rs 88.73 to Rs 88.99 per litre, and diesel was increased by 29 paise from Rs 79.06 per litre to Rs  79.35 per litre, according to Indian Oil Corporation, the country’s largest fuel retailer. Meanwhile, in Mumbai, the revised petrol and diesel rates stood at Rs 95.46 per litre and Rs 86.34 per litre respectively. Currently, the fuel rates are the highest in Mumbai out of all the four metros. (Also Read: How To Check Latest Petrol And Diesel Rates In Your City)

Petrol and diesel prices have recorded an upswing since January 6, 2021, after staying unchanged for almost a month. The fuel prices have increased amid a rally in global crude oil prices, with Covid-19 vaccination drives continuing across the world.

Oil marketing companies  – Bharat Petroleum, Indian Oil Corporation, as well as Hindustan Petroleum align the rates of domestic fuel with the global benchmarks, by taking into account any alterations in the foreign exchange rates. Any changes in fuel prices are implemented with effect from 6 am every day.

Meanwhile, oil prices rose to their highest in more than a year on Monday, after a Saudi-led coalition fighting in Yemen said it intercepted an explosive-laden drone fired by the Iran-aligned Houthi group, raising fears of fresh Middle East tensions. 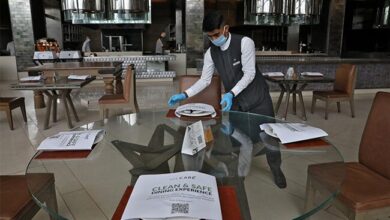 Services Growth At One-Year High On Boom In Domestic Demand