There’s a pesky rule in Pokémon games that means Pokémon of a certain level will only obey you consistently if you’ve got enough gym badges. That can lead to this vexing experience: You know a Gym Leader battle is coming up, so you spend time training up your party. You evolve your main Pokémon, the quarterback of your team, and take it into battle.

Unfortunately, you got too keen. You’ve made your Pokémon too big and too powerful for your own good, so it rebels against some of your commands. The Pokémon is so powerful that you manage to win thanks to it following just enough of your orders, but phew that was close.

This scenario is a good metaphor for Pokémon Scarlet and Violet, the biggest Nintendo Switch release of 2022. It’s arguably the most ambitious pair of Pokémon games ever, attempting to fuse Pokémon with a Breath of the Wild-style open world, but Pokémon developer Game Freak may have gotten too keen. The Switch is seemingly not powerful enough to handle the scope of what Game Freak envisioned and, as a result, the game suffers from some serious technical issues.

It feels feeble to yammer on about frame rate issues when talking about a game with the cultural gravitas of Scarlet and Violet, but Pokémon trainers be warned: Things are about to get choppy. The frame rate can stutter at the best of times, and slows to a crawl when you’re in busy areas like towns. The citizens that inhabit these cities often shuffle along like stop-motion animation, missing every second frame. It’s bad enough to make you want to spend as little time as necessary in these locales.

Regular frame rate lags are the biggest technical issue, but not the only ones. Pop-in is rampant. Each area in the world is filled with roaming Pokémon, quarrelsome trainers and gleaming items, but these are sometimes invisible until your character is a few feet away. This open world can look sparse as a result — in spite of the fact that there’s an immense amount to see and do.

Like the unruly Pokémon that still manages to clinch victory for you, Pokémon Scarlet and Violet end up a net positive. Technical issues aren’t enough to recommend against playing these games. But phew… at times it’s close.

On paper, Scarlet and Violet stick to the Pokémon formula that made the franchise a gargantuan success. There are eight gym badges to collect, an Elite Four to beat, and this game’s version of Team Rocket (Team Star) to foil. Yet the way Game Freak approaches these fixtures is admirably fresh.

After you go through the rigmarole of saying goodbye to your mother, meeting the local Pokémon professor and choosing your starter Pokémon, you’re given three quests: Beat the Elite Four; find and defeat five Titan Pokémon scattered throughout the region; take out Team Star by finding their five bases and defeating the leaders within. The games help you by putting locations for Gyms, Titan Pokémon and Team Star bases on your map of Paldea, the region in which Scarlet and Violet are based. Then they say: “aaaand go.”

Another welcome foundational change is the treatment of legendary Pokémon. You quickly link up with the Pokémon on your game’s box — Koraidon for Scarlet players, Miraidon for Violet — earning the ability to travel the world by riding on its back. As you progress, these Pokémon learn new skills, such as the ability to swim, which grant you access to new areas. The days of forcing HMs like Fly and Surf on your Pokémon are thankfully long gone.

As was the case with Sword and Shield, you’ll no longer have to endure random battle encounters with Pokémon. Instead, the critters are traipsing about the world. You engage by running into them or by hurling a Pokeball their way. The game’s minimap alerts you to any notable Pokémon that may be in the area. That takes away some of the exhilaration of stumbling onto a rare Pokémon by surprise, but it’s probably for the best considering how big Paldea is. More exploring, less circling the same grass patch.

I’ve seen most of Paldea, a region inspired by Spain and Portugal, but there are significant chunks I’ve yet to visit. I’ve not been able to get into the post-game, so I don’t know how much there is to explore there, but I feel like I have a lot more to see. That’s one of Scarlet and Violet’s best qualities. You get the sense you’re traversing one living, breathing interconnected region, and that there could be a surprise around any corner.

Technical issues aside, Game Freak nailed the open world. But Pokémon Scarlet and Violet introduce a few less remarkable changes. Before you get to face a Gym Leader, you’re made to complete a Gym Test to prove your worth. These mini games aren’t egregious, but they aren’t satisfying either. They’re just there. A new feature that has players storming Team Star’s bases is similar. Before you face the base leader, you’re subjected to a mini game where you run around passively as your Pokémon battle trainers in the base. Again: Not the worst, but not particularly fun either.

Scarlet and Violet also place an emphasis on food and fashion. Each new city you discover has a range of stores that sell clothing, groceries and food. You buy food to give your Pokémon status buffs, or collect ingredients to make meals during picnics in the open world. The game isn’t challenging enough to require you to strategically buff your Pokémon with food, but it’s a system Game Freak evidently put a lot of effort into. As noted above, however, Scarlet and Violet’s significant frame rate issues spike up most prominently in populated areas — which motivated me to avoid the trappings of city life.

Still, Game Freak very much has the game part of Pokémon perfected. You know what to expect and that’s mostly a positive. As with every generation, some of the new Pokémon are fabulous and others are filler — but collecting Pokémon and filling your Pokedex remains addictive. There’s a thin new layer atop the combat system in Paldea’s “Terastal phenomenon,” which allows you to supercharge a Pokémon by morphing it into a dazzling crystalline form, but Pokémon combat is very much still Pokémon combat.

Unfortunately, the weaknesses of Pokemon games are also still present. Interacting with other characters in Pokémon games is always a drag, with reams of dry dialogue reliably halting momentum. Now that exploration is more free and alluring than ever, the plodding interactions with friends and rivals induce correspondingly larger groans.

But, as with past games, those frustrations abate in the wild. Collecting Pokémon is still addictive and feeling the wind breeze in your hair as you travel through the open world is a thrill — even if a stuttering frame rate makes the wind more choppy than you’d like.

What is Snapdragon Sound, what does it offer and which devices 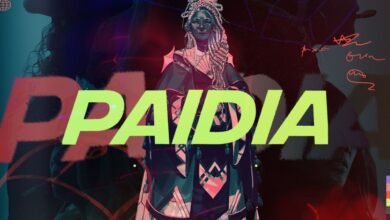 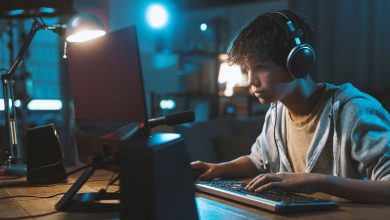 The Best Upgrades You Can Make to Your Gaming Setup 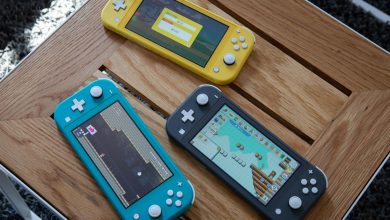 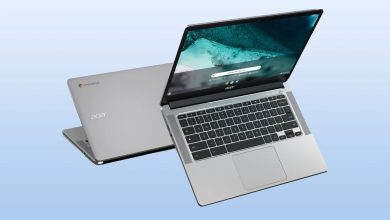