Developed originally from larger Spitz breeds, Pomeranians were bred to a smaller size in the Pomerania region of today’s Germany/Poland. Unlike his working Spitz forefathers who hunted, herded and pulled sleds, the Pom was developed for companionship, often basking in the arms of royalty. Queen Victoria had a Pom named Marco from Italy, and her love for Poms contributed to the breed’s popularity. Since the queen had an especially little Pom, the smaller variety became widespread.

Perhaps the historical association with larger breeds explains some of the Pom’s bravery and self-confidence today. The Pom doesn’t look for trouble, nor does he turn tail and run when he finds it.

Faithful companions, Pomeranians are ready for action, preferably with their families. Although affectionate, Poms aren’t typically insecure or overly demanding. To the contrary, many seem to believe they’re invincible. Their inquisitiveness is equally boundless. The agile and lively Pom also may climb amazingly well; families need to build high fences to safely contain them.

Poms are great dogs for city dwellers. Just make sure they get frequent exercise and are stimulated with activities. Many Poms love agility and rally. And since Poms love people and are often overflowing with a positive personality, they make delightful therapy dogs.

Can Pomeranians Live with Other Pets and Children?

Characteristically friendly with other animals, Poms usually do well in households with other dogs — and cats, too — if raised together. Although Poms are great friends for older, respectful children, they may not relish playtimes with rough-and-tumble little children. The breed, like many other breeds, may defend himself if mistreated, so always supervise both child and Pom.

A Pomeranian relaxes on pillows. Photography by Koldunov/THINKSTOCK.

Originally an attorney, Lynn Hayner has been writing for companion animal publications for more than 15 years. She researches breed profiles, dabbles in animal law issues and collects stories about dogs and their families in her travels. A lifelong dog aficionado, Lynn is shadowed by her “Who the heck needs a leash, I’ll follow mama anywhere,” German Shepherd Dog, Zoey. Follow Lynn on Twitter at @lynnhayner.

Editor’s note: This article appeared in Dogster magazine. Have you seen the new Dogster print magazine in stores? Or in the waiting room of your vet’s office? Subscribe now to get Dogster magazine delivered straight to you!

Taylor Swift, Joe Jonas' Ups and Downs Over the Years

So you want to raise a Series A – TechCrunch 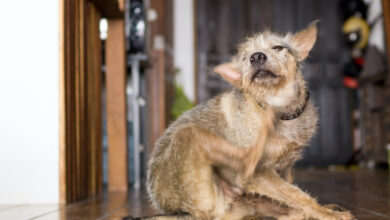 What is Parvo? – Dogster

On the Twelfth Fail of Christmas – Dogster

When to Neuter a Dog – Dogster