A royal treat! Prince Harry and Meghan Markle took poetry lovers by surprise when they attended a writing class via Zoom as a way of celebrating Black History Month.

“We’ve saved the best for last! Guess who surprised our poetry class this weekend?!” an Instagram post from Get Lit, an organization focused on increasing literacy and confidence among teenagers, read on Monday, February 8. “It was the best weekend EVER! Prince Harry and Meghan, The Duke and Duchess of Sussex, were magic and kind and interested in poetry! The Duchess even shared some of her favorite poetry lines.”

Markle, 39, and Harry, 36, were all smiles as they tuned into the virtual seminar. “We are so grateful for their visit in honor of Black History Month. It goes down as most epic experience in Get Lit history!!!” the post continued.

Get Lit employee Mason Granger opened up about the “surreal” experience in a lengthy Instagram post, sharing a screenshot of the royal couple’s Zoom appearance.

“The root of them deciding to come is because at some point in their lives, they were moved by a poem. And whoever wrote that poem at some point thought to themselves, ‘Does this even matter? Is anyone even listening?’ And they shared it anyway,” the teacher wrote on Monday. “My kids shared poems, they asked questions, the kids answered and asked questions back, they responded authentically (they actually read and learned the kids bios I’d sent earlier).”

This isn’t the first time that the pair — who stepped down from their senior royal roles last year — have made surprise visits to charities in support of worthy causes. In April 2020, the Suits alum reunited with the women of Hubb Community Kitchen in a video call to discuss their successful cookbook. One month later, the Los Angeles native and her husband crashed the Crisis Text Line organization’s virtual staff meeting to learn more about mental health advocacy amid the coronavirus pandemic.

The royal duo moved to Los Angeles in March with son Archie, 21 months, and made a major effort to help members of their community who were severely impacted by the COVID-19 crisis. A source told Us Weekly in April that giving back was the couple’s “No. 1 priority” after they were spotted volunteering with Project Angel Food to help deliver meals to those in need.

Eventually, they left L.A. behind in favor of the quieter Montecito enclave of Santa Barbara, California. After a year filled with challenges — including Markle’s heartbreaking miscarriage — the pair are stronger than ever.

“Harry doesn’t have any regrets about leaving the royal family whatsoever and is really happy in Montecito,” an insider told Us exclusively in January. “He and Meghan are enjoying their new life in California — being a normal family and having the freedom to make their own decisions without anyone watching over them.” 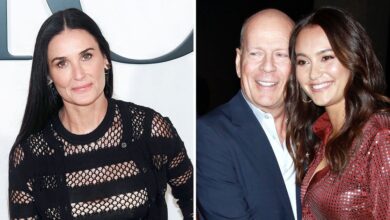 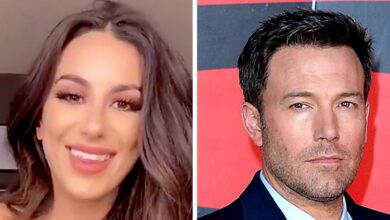 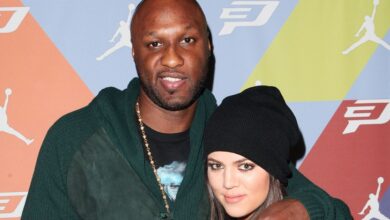 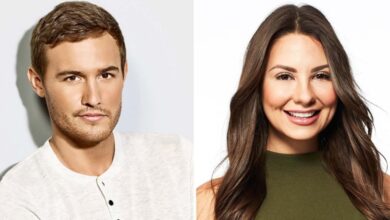 Everything They’ve Said About Split