Two teams that have taken recent turns in different directions will face off Wednesday night when the Auburn Tigers visit the Arkansas Razorbacks at Fayetteville in a rematch of teams that opened their Southeastern Conference schedule in late December.

The teams share ninth place in the conference with Texas A&M.

The reason for Auburn’s resurgence is clear: When the NCAA approved the eligibility of freshman point guard Sharife Cooper on Jan. 9, the Tigers have been a different team.

In Cooper’s first outing, the Tigers lost to league-leading Alabama 94-90, but then handled Georgia 95-77 in Athens and got past Kentucky 66-59 last weekend.

Cooper scored 54 points his first two games, and even when he had only 11 against Kentucky he helped fuel Auburn’s late surge to victory.

“I trust Sharife at the point,” said Devan Cambridge, whose game has thrived since he volunteered to give up his starting spot when Cooper was cleared. “He’s always going to find me.”

Cambridge has scored in double figures in each of his last three games off the bench, matching the number he had in starting the first 11 games.

While Auburn is seemingly turning its season around, Arkansas apparently has lost its way. After starting the season with nine successive victories, including the SEC-opening 97-85 win at Auburn on Dec. 30, the Razorbacks have lost four of their past five games.

Perimeter defense has become a particular concern, especially with Auburn coming to town with its long-range attack. The Tigers are second in the SEC with 131 3-pointers.

Alabama made 15 3-point shots against Arkansas on 36 attempts.

“My message or my coaching is obviously not getting through in defending the 3-ball,” Musselman said. “We saw last year we were leading the nation in it. A lot of that we have guys that are reluctant to guard the 3-point line because they are worried about getting blown by off the dribble because of lack of lateral quickness.”

In Saudi Arabia, Quiet Changes May Ease Tensions With Biden

Here Are the U.S. States With Travel Restrictions 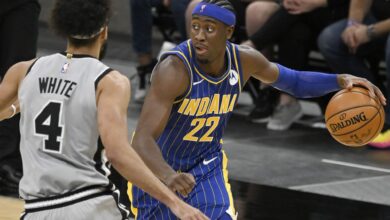 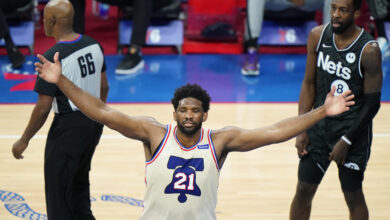 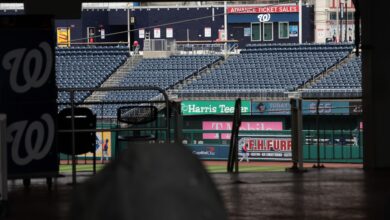 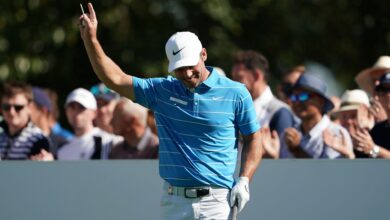