Rising fuel prices in India is one of the biggest problems that the country is facing, and there seems to be no end to it. Right now, in Delhi, the price of petrol stands at an all-time high of ₹ 87.60 per litre, while diesel is priced at ₹ 77.73 per litre. The same in Mumbai currently is ₹ 94.12 per litre and ₹ 84.63 per litre, respectively, the highest among all metros. While the daily revision of fuel prices, which is currently on an upward trajectory, is certainly a matter of concern, there are bigger issues that we need to address right now.

Now, before we get into the details, one needs to understand how oil companies determine the retail price of petrol and diesel. Brands like Indian Oil Corporation, Bharat Petroleum, and Hindustan Petroleum revise fuel prices based on global benchmarks of crude oil rates, and the changes in the foreign exchange rates. And today, on February 10, 2021, the price of crude oil is $59.78 per barrel. However, if with go back about 13 years to July 2008, the price of crude oil was $132.47 per barrel, the highest-ever in the last 15 years. And back then, the price of petrol in India was ₹ 50.62 per litre and diesel was ₹ 34.86 per litre.

How come more people aren’t talking about this? And when I say talking, I mean crying bloody murder??! SVP #FuelPriceHike #PetrolDieselPriceHike @carandbike https://t.co/MCxsQZh4K3

A simple calculation will tell you that compared to July 2008, petrol prices today have increased by about 73 per cent, while diesel has become dearer by 122 per cent in the last 13 years. Now, if the price of crude oil in the US Dollar and fuel in India Rupee confuses you, then back in July 2008 the average exchange value of one US Dollar was ₹ 43, whereas today it’s about ₹ 73. This means in July 2008 crude oil was priced at ₹ 5,696 per barrel, and today, it’s priced at ₹ 4,364 per barrel, which mean it has come down by over 23 per cent compared to 13 years ago. And this is a big difference, and a huge matter of concern, as it shows the high level of taxation on petrol and diesel in India. We did reach out to the country’s largest oil marketer, Indian Oil, for a comment on this however, at the time of publishing this story, our e-mail still remained unanswered. 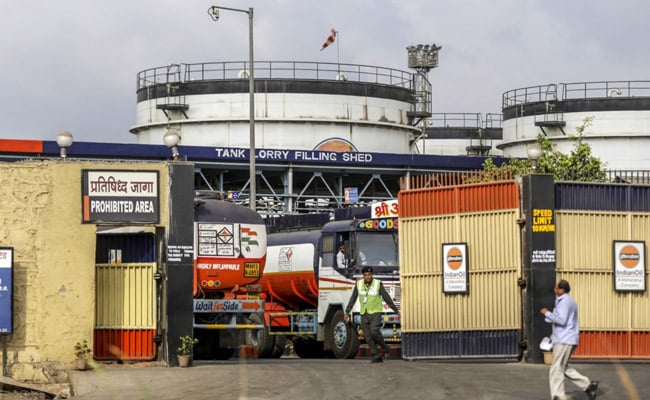 Talking the massive rise in fuel prices, auto industry expert and Co-founder of brand strategy consultancy Expereal, Avik Chattopadhyay said, “This is an outcome of the following reasons. One, taxing fuel is a sure source of revenues, even if other sources fail. Second, whenever other sources fail, fuel is taxed to cover up the shortfall and third, all governments have been poor at controlling inflation; in fact, some economists believe that inflationary trends are good for long term growth. The government will give an excuse for high fuel prices being a pressure on people to adopt more green mobility alternatives. But then there is not a single alternative that has pan India reach and reliability of supply.”

Fuel prices in India have been witnessing an upward revision since early January 2021, after remaining stagnant for over a month. While consumers and industry stakeholders were expecting some kind of relief or lowering of taxes, sadly the Union Budget for the Financial Year 2021-22 did not have any new announcements regarding the reduction of direct taxes. Additionally, nor did the government introduce any move to further push e-mobility, like lowering import duties on electric vehicles, which would have prompted more consumers to adopt EVs.

India Will Not Extend 2022 Deadline For CAFE Norms: Report