Kelly Dodd shared a message to stepdaughter Veronica Leventhal via social media after the 29-year-old publicly slammed the star amid calls for her to be fired from The Real Housewives of Orange County.

“We love you Veronica and we wish you would stop talking about us publicly. You won’t answer our calls. I have to resort to this tweet. ❤️❤️❤️❤️ thank you,” the Bravo personality, 45, tweeted on Sunday, February 7. She also shared a link to a story about her husband Rick Leventhal‘s daughter dissing her.

Dodd’s message comes after Veronica went on Instagram Live to address controversy surrounding the reality star. The Arizona native was slammed after joking about the coronavirus pandemic on January 31. She also came under fire for claiming she’s Black during the Real Housewives of Orange County reunion.

Veronica also appeared on the “Shut Up Evan” podcast on Wednesday, February 3, where she further discussed her relationship with Dodd. The Fox News personality’s daughter said she was “a huge Kelly Dodd fan” before the Real Housewives star started dating her dad, noting that she was very “warm” initially. She wished Dodd and Rick, 61, nothing but the best.

“I think they should have whatever they want,” Veronica said on the podcast. “If they want to be on the show and they want to keep going, then that’s what they should do because I’m not on the show. I clearly didn’t sign a release and I made that decision for myself, but I would never want to take away something that makes them happy.”

Dodd appeared to clap back at Veronica in a since-deleted tweet, slamming her “stupid tree tattoo.”

Meanwhile calls to fire Dodd from The Real Housewives of Orange County — or cancel the show altogether — continue. Former costar Tamra Judge isn’t convinced the controversial cast member will get the ax, however.

“I will believe that when I see that,” the 53-year-old Cut Fitness founder told Us Weekly on Thursday, February 4. “I am very confused [about] what Bravo is thinking nowadays and what they think is good TV and who they think is a good cast member. I certainly know that she has rocked the boat many times when I was on the show. … But I kind of feel like Kelly’s a tough one and everything just slides off of her. There’s never really been any real punishment for the things that she has done.”

Dodd shut down rumors she was fired from the show in January, blaming Vicki Gunvalson for getting the rumor mill going. “No I am not fired !!! Contacts [sic] haven’t come out yet ! Vicki stop being a hater,” she tweeted at the time.

Days later, Dodd found herself in the hot seat after joking that she was a COVID-19 superspreader when she went to a California restaurant without a mask. Her controversial comments during the outing led to her being dropped by Positive Beverage. The company’s founder and CEO Zack Muchnick said in a statement to Us that Dodd’s comments “weren’t aligned with our tone and priorities” as a brand.

After she was let go, Dodd teased new opportunities ahead via Twitter. “I’m glad I could help put Positive Beverage on the map and wish them well. I’m also really excited about my next venture in the beauty industry, which is my real passion. Stay tuned!” she wrote. 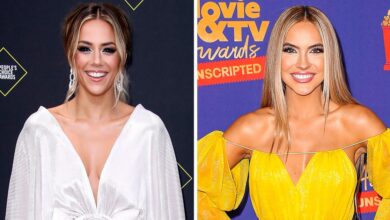 How Jana Kramer and More Celebrated 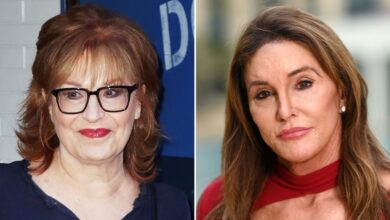 Joy Behar Apologizes for Misgendering Caitlyn Jenner on ‘The View’ 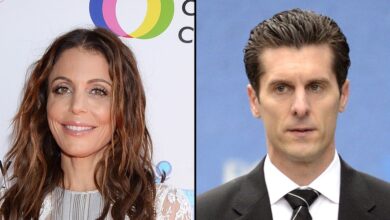 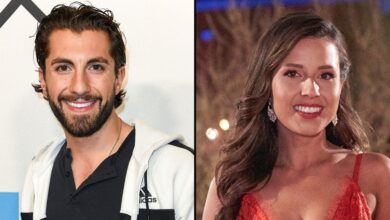 Jason Tartick Teases What He Saw on ‘Bachelorette’ Season 17 Set