The Kansas City Chiefs and head coach Andy Reid helped make Tampa Bay Buccaneers quarterback Tom Brady’s 2-minute drill much easier than it should have been before halftime of Super Bowl LV.

Brady had completed a pass to wide receiver Chris Godwin for eight yards down to the Bucs’ 37-yard line with 44 seconds remaining to set up a 3rd-and-2 situation. Instead of letting the clock run and forcing Tampa Bay to burn its final timeout of the half, Kansas City did it for them and called a timeout.

It was a strange decision by Reid, to say the least.

The next three plays resulted in a completion for a first down, a pass interference penalty for 34 yards and another completion for a 15-yard gain to move Tampa Bay inside the KC 10-yard line. Two plays later, Brady found wideout Antonio Brown for a 2-yard touchdown reception.

The Chiefs went into halftime trailing 21-6. If they hadn’t called a timeout and let the Bucs rest up and talk strategy, KC might have gone into the break down 14-6 with an opportunity to tie the score on the first possession of the third quarter.

On the latest episode of “The Cris Collinsworth Podcast featuring Richard Sherman“, the San Francisco 49ers cornerback didn’t hold back in his criticism of the Chiefs’ decision to call that timeout before halftime.

“Like, are you an idiot? You know what I mean? It’s really crazy. It’s idiotic because it’s almost like you haven’t watched the last 20 years of this man in two-minute, like you have never watched him. It’s not like he’s, oh, kind of average in two minutes. He’s literally damn near the king of it. If you have to take a quarterback it’s him or Aaron Rodgers in two minutes for the game.

Sherman makes a lot of good points. Brady is one of the best 2-minute drill quarterbacks in league history, Making his job easier, especially on a stage like the Super Bowl, is just inexcusable.

The Chiefs defense ultimately wasn’t able to make the necessary adjustments in the second half as the Buccaneers outscored KC 10-3 over the final 30 minutes of the game in a 31-9 victory. Brady improved to 4-0 versus Reid in his postseason career, including a 2-0 mark in Super Bowl matchups. 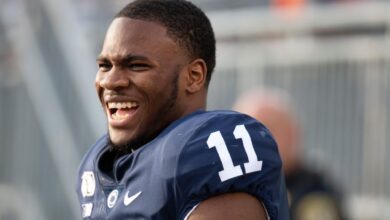 ‘I’m the most versatile player in this class’ 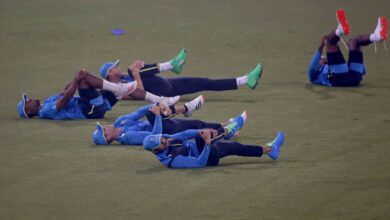 What to know about Saint Louis ahead of Bulldogs’ NIT appearance