As if a run of four defeats in their last five games was not enough, the Los Angeles Clippers also will carry with them the remnants of the worst loss in franchise history when they face the host Dallas Mavericks on Monday.

Two days after Christmas, with the delayed season still in start mode, the Clippers were crushed 124-73 on their home floor by the Mavericks. No Clippers team in history, not even the one that dropped 70 games in 1986-87, endured a 51-point defeat.

The Clippers’ Kawhi Leonard did not play in that one after taking an elbow to the face two days earlier, and those who did take the court fared badly. The Clippers made four 3-pointers on 33 attempts and shot 34.2 percent overall from the field.

The Clippers trailed the Mavericks by 50 points at halftime at 77-27. It was the biggest deficit at the break in the history of the NBA’s shot-clock era.

Of greater concern for the Clippers is their recent run of sluggish play. They lost three consecutive games going into the All-Star break, returned with an easy victory over the Golden State Warriors on Thursday, but were not competitive Sunday in losing 135-115 at New Orleans.

“Everybody is missing guys all year long; that’s not an excuse,” Clippers head coach Tyronn Lue said. “I just think we didn’t play with the physicality we needed to play with.”

Kristaps Porzingis scored 25 points while Luka Doncic had 21 points and 12 rebounds against the Nuggets. Dallas shot 48.8 percent from the field but had to rally after quickly falling behind 10-0.

“That should give us confidence going forward that we can come back in games when it’s not going our way,” said Josh Richardson, who had 20 points on 6 of 11 shooting and made four 3-pointers.

“I’m proud of how everybody kind of, in that first timeout, nobody was yelling, nobody was freaking out. … We were professionals about it, so I’m proud of us,” Richardson added.

Perhaps most impressively, the Mavericks ended the Nuggets’ five-game winning streak on their own homecourt. But it did come with Denver on the second of two games in two days.

“Look, we caught a break tonight with Denver on a back-to-back,” Dallas head coach Rick Carlisle said. “Not an easy back-to-back going from Memphis to (Denver).”

The Mavericks will get another break, with the Clippers getting to Dallas late Sunday after their loss at New Orleans. Los Angeles has lost four consecutive road games and five of six.

The Clippers were unable to slow down Zion Williamson (13 of 16 from the field, 27 points), and now they will face the Doncic-Porzingis combination. A frustrated Lue even dropped an expletive on his live postgame television interview.

“We didn’t give any resistance, and we didn’t show any toughness,” Lue said. “That’s why they had 72 points in the paint.”

Wholesale Inflation Rose To 4.17% In February Due to Higher Food, Fuel Prices 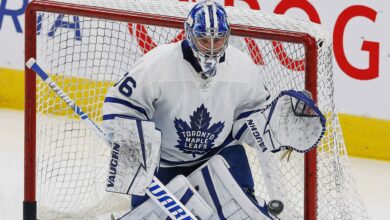 Jack is Back for Toronto 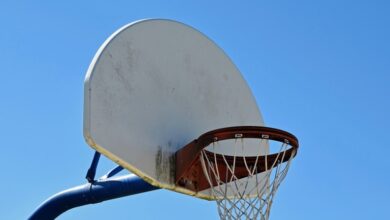 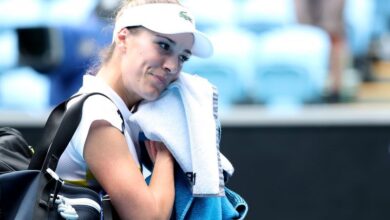