Feb. 25—Even if you’re just a local reader, with no real tie to Rougher Nation, you got to be hoping for Lynwood Wade and the Muskogee boys to roll a lucky eight Friday night — which would avoid extending a first-round basketball playoff knockout to eight consecutive years.

Sooner or later, they got to feel like the dice will fall their way. It’s been a journey of frustration, including this leg of the trip despite its best winning percentage since the .708 of Terry Scott’s team in 2010-11, or the .808 of the 21-5 team that was his last of two teams to make the state tournament.

Wade’s second group as head coach is 10-4, a .714 win percentage. Yeah that’s a fraction of games, comparatively speaking, but it also exemplifies the struggle of his team through a season of pandemic-forced postponements, reschedules and cancellations.

Then pile on the two-week downtime due to the winter storm that paralyzed the state, and one of Muskogee’s toughest foes has been the world itself.

Before the iceman cometh — no, not the so-nicknamed NBA legend George Gervin — Muskogee had put together seven consecutive wins. It’s polished high-tempo attack mixed with quick defensive thrusts had them beating No. 6 Owasso, No. 11 Union, No. 13 Bixby and 5A No. 5 Sapulpa.

The win over Owasso came where this week’s regional tournament is. It was also one of two score-settling games for the Roughers, who lost to Owasso 46-44 on Jan. 7 at the Skiatook Invitational. They also atoned for a championship game loss in the Tahlequah tourney to Bixby, beating the Spartans at home by 13 after losing by 19.

Bixby is the first-round foe Friday at 6.

Muskogee’s win streak came to an end Monday in overtime against Bartlesville, two weeks and two days after their last game, a 28-point win against Tulsa Washington, the last of just five home games MHS has had. None of those occurred until a little over four weeks into the season, Jan. 12.

Wade’s team has been practicing at Alice Robertson Gym due to utility damage at the high school caused by the storm.

“It’s going to be a rough path to the second round for everyone unless they had a place to practice over the time of the storm,” Wade said.

Just more adversity in a season of adversity. And to top that, he looks at the regional he’s in.

“You have three top-tier teams,” he said. “How we got into the same one, riddle me that. I know it’s the rankings of the coaches, but it’s going to be an injustice to one team because someone’s going one and out.”

He hopes it’s not his. A first-round win gives you a mulligan in your pocket, as it becomes a double-elimination road to the final eight teams.

While MHS stumbled in Monday’s regular season finale, it did so with two guys with quality minutes out — Joseph Campbell and Keondre Johns. The adjustment minus players to the style of play that has made them state-caliber good took its toll.

Plus, just not getting games in when everything is going well hurts, and it has.

“It’s been a bunch of rough bumps,” said senior Xavier Brown, who should know those well. A four-year starter, he’s yet to see a second-round game. Muskogee was 8-15, 2-21 and then 10-14 in Wade’s first season.

Campbell will be back, Johns’ return is uncertain. But as Brown points out, the main thing for Muskogee is to just be the same self it was during the win streak — all games of which he said had one commonality.

“It’s what happens in practice when you’re out of the flow,” he said. “Those times when you veer off the game plan and get it in one possession instead of like you normally play.

“I think in every game we have veered off, we’ve lost.”

He specifically pointed out Bixby in the first meeting.

“Being disciplined goes a long way,” he said. “The first time we played them we weren’t disciplined and we paid for it. They hit a lot of shots on us, and we pride ourselves on our defense, which when we play that well, the offense follows.”

They have to get it done Friday night when they meet the Spartans, coached by former Warner coach Sam Fairchild, who is assisted by former Hilldale girls coach Lance Kight.

Otherwise, for him, there’s no tomorrow. Not even a next year.

“We haven’t had good years since I’ve been here,” he said. “I don’t feel like that’s going to be the case this year.”

Rougher blood or not, you have to be hoping for that too.

Maze raises another $15 million for its user testing platform – TechCrunch 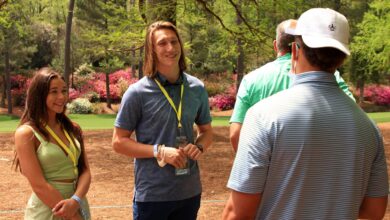 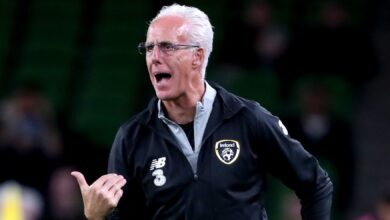 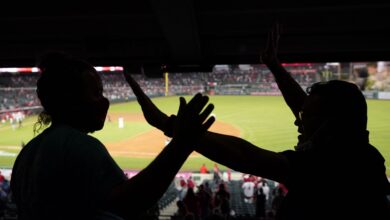 Opening day brings fans back, with a COVID-19 reality check