Rupee Vs Dollar Today: Rupee settled at 73.17 against the American currency

The rupee gained 11 paise against the US dollar on Tuesday, January 19, to finish at 73.17 (provisional) amid weak American currency and positive domestic equities. At the interbank foreign exchange market, the domestic unit opened at 73.16 and registered an intra-day high of 73.14. It witnessed a low of 73.31. In an early trade session, the local unit gained 12 paise at 73.16 against the dollar. The rupee finally settled at 73.17, higher by 11 paise over its last close. On Monday, January 18, the domestic unit witnessed a deep dive of 21 paise to finish at 73.26 against the American currency.

Meanwhile, the dollar index, which gauges the greenback’s strength against a basket of six currencies, declined 0.22 per cent to 90.52. ”The rupee opened on a positive note and appreciated by 0.11 paise to 73.12 against the US dollar in opening trade on Tuesday morning tracking weakness in the dollar index, On Monday it was closed firm at 73.26 against the greenback,” said Kshitij Purohit, Product Manager, Currency and Commodities at CapitalVia Global Research.

“The market has formed complete reversal formation by closing above the highest of the previous day, which was at 14459/49122. Today, all the sectors closed in positive territory. The market breadth was extremely encouraging. Unusual surge in the Hang Seng helped other Asian markets to trade higher. Along with Asian markets, today’s performance of US markets would decide the next course of action for our markets,” said Shrikant Chouhan, Executive Vice President, Equity Technical Research at Kotak Securities

According to provisional exchange data, the foreign institutional investors were net buyers in the capital market as they purchased shares worth Rs 650.60 crore on a net basis on January 18. Brent crude futures, the global oil benchmark, gained 1.26 per cent to $ 55.44 per barrel. 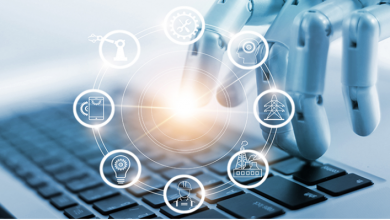 3 Benefits of Digitizing Your Business