While getting the first dose of the COVID-19 vaccine into as many people as possible remains vital to the nation’s pandemic response, equal importance should be placed on making sure the second dose is administered on time,  said Dr. Anthony Fauci.

His comments, which were made during the White House’s coronavirus briefing on Monday, come as many have questioned whether the second, or so-called booster shot, can be delayed as the country faces vaccine supply issues.

While both the Modern and Pfizer mRNA vaccines, which are currently approved in the U.S. did result in a neutralizing antibody response that was above the threshold after one dose, Fauci said, the second dose produced a 10-fold response.

“The reason that is important is not only the height of the response and the potency of the response but when you get to that level of antibody you get a greater breadth of response,” he said. “By [the] breadth of response we mean it covers not only the wild type and currently circulating virus, but also the variants that we see circulating – particularly the 1.1.7 and the 3.5.1, so it’s not just a matter of potency it’s a matter of the breadth of what you can cover.”

He added that a “theoretical problem” that could be created by opting for only one-dose of the two-dose jab is that if you have a sub-optimum response rather than wiping the virus out, you could “actually be inadvertently selecting for more mutants.”

Some have suggested studying whether the country could move to a single-dose approach. While “it is not an unreasonable thing to suggest a study,” Fauci said, the “practicality” of one creates additional hurdles, he noted.

“If you look at the number of people that would be required in a study to answer that question, again one versus two, with the currently available vaccines, the time it took to get information on [the] Phase 3 and the number of people that that study with all due response would take several months [to get] a meaningful answer,” he said. “At that time, the amount of vaccine that would be available would almost be making that question somewhat of a moot point.”

Earlier in the briefing, Centers for Disease Control and Prevention (CDC) Director Dr. Rochelle Walensky stated that nearly 700 cases of the U.K. variant had been detected across 34 states. She said that while the country saw a 20% drop in new cases last week compared to the week prior, the importance of practicing public health measures remains at an all-time high.

“We must continue to drive these cases down,” she said.

The Michigan Wolverines' next scheduled basketball game is Sunday at Wisconsin. 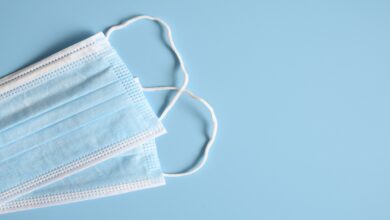 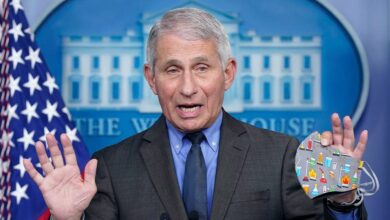