IndusInd Bank was top Nifty loser, the stock fell 7 per cent to Rs 860.

The Indian equity benchmarks crashed on Monday as rising Covid-19 cases in the country stoked fears of lockdowns. The Sensex dropped as much as 1,811 points or 3.65 per cent to hit an intraday low of 47,780 and Nifty 50 index tumbled below its important psychological level of 14,300 at the day’s lowest level. All but two shares in the Nifty 50 basket were trading with a negative bias.

India reported a record daily tally of 168,912 COVID-19 infections on Monday, the world’s highest, while worries grew over a further spike, as hundreds of thousands of devotees gathered for a ritual bath in the Ganges river.

India now accounts for one in every six daily infections worldwide. Monday’s new cases carried it past Brazil, for an overall tally of 13.53 million, data compiled by Reuters shows, placing it second after the United States, with 31.2 million.

Maharashtra remains the worst-affected state with 63,294 new cases and 349 deaths in the last 24 hours. The state government is likely to take a call on announcing a complete lockdown in the state this week.

Relentless surge in coronavirus cases is threatening to derail a recovery in Asia’s third-largest economy.

Meanwhile, selling pressure was so intense that all the 11 sector gauges, barring the index of drug makers, compiled by the National Stock Exchange were trading lower led by the Nifty PSU Bank index’s over 9 per cent plunge. Nifty Realty, Private Bank, Auto, Bank, Metal and media indices also fall between 5-7 per cent.

On the flipside, Cipla, Divi’s Labs and Dr Reddy’s Labs were among the notable gainers.

The overall market breadth was extremely bearish as 2,409 shares were declining while 416 were advancing on the BSE.

Discounts Of Up To Rs. 65,000 On Select Tata Cars This Month 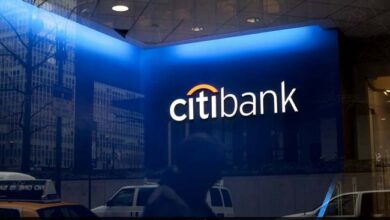