The Indian equity benchmarks extended losses in afternoon trading as investors were seen taking profits at record highs led by losses in HDFC Bank, Infosys, ICICI Bank Axis Bank, Larsen & Toubro and ITC. For most part of the day, benchmarks traded lower wherein the Sensex fell as much as 483 points and Nifty 50 index briefly fell below 15,000-mark.

The Sensex and Nifty have gained more than 10 per cent in February on optimism from a high-spending budget and upbeat corporate earnings, but with benchmarks already scaling multiple record highs, the rally has been losing steam.

“Nifty can go down to 14,800 levels in the near term on account of profit booking at record highs. Traders should sell Nifty with target of 14,800,” Sumeet Bgadia, associate director at Choice Broking told NDTV.

On the other hand, Nifty Auto, Realty and IT indexes were among the notable gainers.

Mid- and small-cap stocks were trading mixed as Nifty Midcap 100 rose 0.14 per cent and Nifty Smallcap 100 index dropped 0.41 per cent. 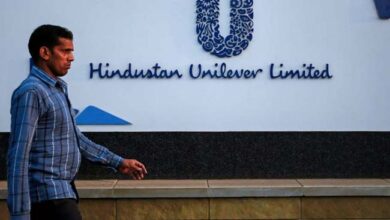 Rupee Raises 6 Paise To 72.90 Against US Dollar In Early Trade