IndusInd Bank, HDFC Bank, HDFC, Kotak Bank and ICICI Bank are among the top gainers on the BSE

Thirteen of 14 sectoral indexes were trading higher. Banking stocks led the gains, with the Nifty Bank index adding nearly 2 per cent. HDFC Bank and ICICI Bank were among the biggest boosts to the Nifty 50. On Friday, data showed that retail inflation stayed within the central bank’s target range for the second consecutive month in January.

The broader markets are however, under-performing their largecap peers, with the BSE Midcap index and BSE Smallcap index adding 0.4 per cent and 0.3 per cent respectively.

Asian shares advanced to record highs on Monday and oil rose to a more than one year peak as successful coronavirus vaccine rollouts globally raise hopes of a rapid economic recovery amid new fiscal aid from Washington.

Japan’s Nikkei climbed 1.3 per cent, despite data showing the country’s recovery from its worst postwar recession slowed in the fourth quarter. Australia’s benchmark index was up 1 per cent.

Meanwhile, oil prices rose to their highest in more than a year on Monday, after a Saudi-led coalition fighting in Yemen said it intercepted an explosive-laden drone fired by the Iran-aligned Houthi group, raising fears of fresh Middle East tensions.

On the other hand, ONGC, Tech Mahindra and M&M had shed around half a per cent eaach on the BSE.

The BSE market breadth is positive. Out of 2396 stocks traded on the BSE, there are 1349 advancing stocks as against 937 declines.

Why Oil Companies Are Eyeing Spot Crude From Africa, North America amid the Covid-19 pandemic 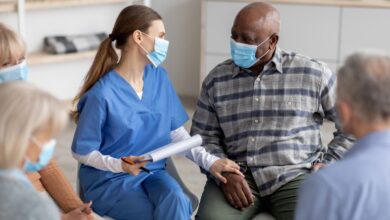 Why is Psychological Safety Important?