The S&P BSE Sensex and NSE Nifty 50 indexes extended their Budget-day rally to fifth session on Friday after the Reserve Bank of India kept repo rate unchanged at record low of 4 per cent and said it would maintain support for the economy’s recovery from the pandemic by ensuring ample liquidity for markets to absorb a massive government borrowing programme. During the session, Sensex rose as much as 459 points to hit record high of 51,073.27 and Nifty 50 index moved above 15,000 mark for the first time.

“Going forward, the Indian economy is poised to move in only one direction and that is upwards. It is our strong conviction, backed by forecasts, that in 2021/22, we would undo the damage that COVID-19 has inflicted on the economy,” Reserve Bank of India Governor Shaktikanta Das said.

The repo rate has been cut by a total 115 basis points since March 2020 to cushion the shock from the COVID-19 pandemic.

Mr Das said all six members of the monetary policy committee (MPC) were unanimous in their decision to keep rates on hold and maintain an accommodative monetary policy and liquidity stance.

The benchmark 10-year bond yield however rose to 6.19 per cent, its highest since August 2020, before retreating slightly to 6.17 per cent as traders were disappointed with the RBI not announcing a calendar for bond purchases.

On the other hand, IT, Media, Auto and Private Bank indexes ended lower.

State Bank of India was top Nifty gainer, the stock rose 11 per cent to settle at record high of Rs 395 a day after it reported better than anticipated December quarter earnings.

The overall market breadth was negative as 1,651 shares ended lower while 1,325 closed higher on the BSE. 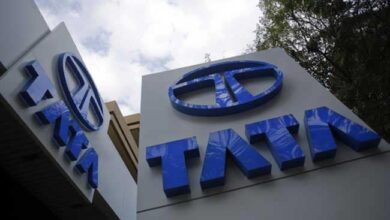