“The bulls are in no mood to give up and our markets have overwhelmed traders and investors post the Union Budget. Nifty continues to clock new records and is now not far from creating a new history of 15000 mark. Now, Nifty is into uncharted terrain and in such scenarios, conventional trend lines and Fibonacci Ratios usually help us to see probable target/resistance zones. Considering this, if we join recent two swing highs of January, then a trendline resistance for Nifty is seen in the range of 14850-14900 (which Nifty achieved today),” Ruchit Jain, Senior Analyst – Technical and Derivatives, Angel Broking said.

Markets have calmed significantly in the past few days with the Cboe Volatility index down on Wednesday as wild swings in stock prices of GameStop and other social media favorites subsided and the retail trading frenzy faded.

The prospect of former ECB chief Mario Draghi becoming prime minister in Italy added to the cheer, along with record sales at Google parent Alphabet which offset an initial tepid reception to news that Amazon founder Jeff Bezos will step down as CEO.

Back home, Hero MotoCorp and NTPC will be in focus among the Nifty 50 shares as they will report their December quarter earnings.

Bharti Airtel will be in focus after it swung to quarterly profit in the December quarter as it added more subscribers and saw higher data usage due to coronavirus-led work-from-home. The Gurugram-based telecom giant reported consolidated net profit of Rs 853.60 crore in October-December period compared with a loss of Rs 1,035.30 crore during the same quarter in 2019.

COLUMN: The significance of USC's 2021 recruiting class is not the ranking 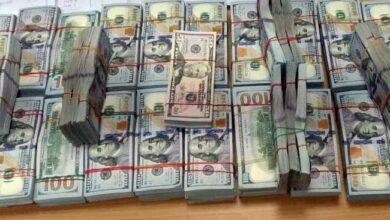