The Indian equity benchmarks snapped their five-day losing streak led by gains in Reliance Industries, Hindustan Unilever, ICICI Bank, ITC, Infosys and Bajaj Finance. The benchmarks staged a gap down opening wherein the Sensex fell as much as 630 points and Nifty 50 tumbled below its important psychological level of 14,400. However, the benchmarks staged a strong recovery in afternoon trading after 10-year US bond yield fell 2.2 per cent to 1.691 per cent. Rising bond yields in US stoked fears of foreign fund outflows from emerging markets due to which markets were rattled in the previous session.

“The market witnessed some swift recovery from its short-term support around the Nifty level of 14,400. The Nifty is expected to move in a range of 14,600-14900, and it’s going to be crucial for the short-term scenario to sustain above 14,400. Technical evidence is still aligned to support a range-bound trading activity to continue,” Ashis Biswas, head of technical research at CapitalVia Global Research told NDTV.

Buying was visible across the sectors as all the 11 sector gauges, barring the index of realty shares, ended higher led by the Nifty FMCG index’s 2.5 per cent gain. Nifty IT, Pharma, Metal, Private Bank, PSU Bank and Nifty Bank indexes also rose over a per cent each.

In the primary markets, Suryoday Small Finance Bank IPO was subscribed 2.33 times while Nazara Technologies share sale was subscribed a whopping 170 times till 3:50 pm, as per data on the National Stock Exchange.

Shares of Kishore Biyani-led Future Group companies fell as much as 10 per cent after the Delhi High Court upheld the Singapore International Arbitration Centre’s order restraining Future Retail from going ahead with its Rs 24,713 crore deal with Reliance Retail to sell its business, which was challenged by US-based e-commence giant Amazon.

BMW F 900 XR Wins The Adventure Motorcycle Of The Year

‘Expect Repo Rate To Be Maintained At 4% Throughout 2021’, Say Analysts On RBI Policy Review 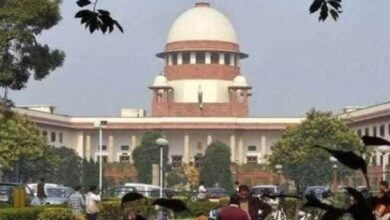