The Indian equity benchmarks extended their rally to seventh day and created record highs for yet another session on the back of strong corporate earnings. The benchmarks staged a gap up opening and extended gains in afternoon trading led by gains in Reliance Industries, ICICI Bank, HDFC Bank, Asian Paints and Infosys. The Sensex rose as much as 405 points to hit record high of 51,753.42 and Nifty 50 index touched an all-time high of 15,237.90.

“Most companies reporting third-quarter results have beaten Street estimates by an exceptional margin, which is feeding optimism for domestic and foreign investors who have already been impressed by the budget,” Likhita Chepa, senior research analyst at Capitalvia Global Research told Reuters.

Eight of 11 sector gauges compiled by the National Stock Exchange were trading higher led by the Nifty PSU Bank index’s over 2 per cent gain. Nifty Bank, Realty, IT, Financial Service and Metal indexes also rose between 0.5-1 per cent each.

On the other hand, Nifty Auto, Media and pharma indexes were trading with a negative bias.

Mid- and small-cap shares were underperforming their larger peers as Nifty Midcap 100 index rose 0.4 per cent and Nifty Smallcap 100 index advanced 0.3 per cent.

Shares of Kishore Biyani-led Future Retail rose as much as 10 per cent to hit an intraday high of Rs 80.50 a day after Delhi High Court overturned its previous order that had stalled Future Group’s Rs 24,713 crore deal to sell its retail assets to Reliance Retail.

The overall market breadth was marginally positive as 1,424 shares were trading higher while 1,278 were declining on the BSE.

Nureca, which owns the Dr Trust brand, Initial Public Offering (IPO) To Open Next Week. Here Are Things To Know 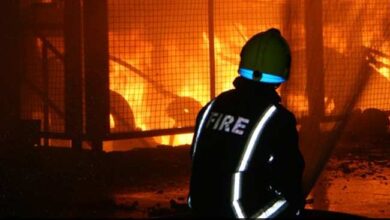