Sushant Singh Rajput in a still from the video. (courtesy ektarkapoor)

In an Instagram post shared by Ekta Kapoor just a few weeks before Sushant Singh Rajput’s death, she revealed that she convinced the channel’s creative executive that Sushant would be the right choice for Manav’s character and that “his smile would win a million hearts.” She wrote in her post: “After being 35 of 50 slots we were out of top 50! This show was a chance Zee TV gave us based on a show Thirumathi Selvam (a Tamil TV soap).Wanted to cast a boy as lead who was doing second lead on our other show ! The creative at Zee was adamant he didn’t look the part! We convinced them his smile would win a million hearts and it did.”

Pavitra Rishta, which ran for five years, starred Sushant Singh Rajput and Ankita Lokhande in the lead roles. After the show ended, Sushant made his film debut with the 2013 film Kai Po Che!. He starred in films like Raabta, MS Dhoni: An Untold Story, Detective Byomkesh Bakshy!, Sonchiriya, Chhichhore, PK and Drive. His last film was Dil Bechara, a Bollywood adaptation of The Fault In Our Stars.

On Tahira Kashyap's Birthday, Ayushmann Khurrana Shared This Pic While She Was Still Sleeping 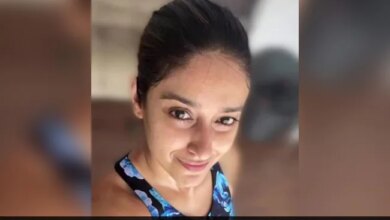 Why Ileana D’Cruz Got “Emotional” After A Workout Session