Nothing worth having in life comes easy. If you want a shiny Pokemon, you’re going to have to work for it! Thankfully, it’s actually easier to catch shiny Pokemon in Pokemon Scarlet and Violet than in previous games — but “easier” doesn’t mean “easy”.

When Pokemon spawn in Scarlet and Violet, they have about a one in 4,000 chance of being shiny. Those odds are no good, but can be improved by three methods. Two of them are only available in Pokemon Scarlet and Violet’s postgame, but one strategy can be harnessed from very early on.

If you’re wanting to hunt shiny Pokemon in Scarlet and Violet, here’s what you need to know.

Pokemon outbreaks are your friend

Here’s the basic method of shiny hunting in Pokemon Scarlet and Violet that you can do no matter how early in the game you are.

First, you need to look for Pokemon outbreaks. If you look on your overworld map, you’ll see icons of Pokemon scattered across Paldea. These denote an outbreak, where an area is swamped by the Pokemon in question. (Note that if you see a question mark on your map, it’s an outbreak of a Pokemon you’ve not encountered before.)

If you’re unsatisfied by the Pokemon on offer, you can rotate the selection by doing a dodgy move. Go into your Switch’s settings and change the date and time to be a day in the future. A new day brings new Pokemon outbreaks.

Say you’re after a Magneton, and you’ve found an outbreak in Glaseado Mountain. You now need to go about killing Magneton — lots of them. Press ZR to activate Let’s Go mode, at which point your lead Pokemon will come out of its ball, then seek and destroy. This is much more efficient than engaging Pokemon one by one in standard battles. Your odds of finding a shiny Pokemon go up once you kill 30 — and go up even more once you kill 60.

Make sure you keep a tally in your head, or your phone or computer. After you’ve downed 60 of a certain Pokemon, the odds of finding a shiny version of that Pokemon go from roughly one in 4,000 to just over one in 1,000.

Once you’ve killed 60, it’s shiny hunting time. Scope out the area for shinies. If there are none, setup a picnic and then pack the picnic up. Doing so resets the Pokemon in the area, giving you a new set of Pokemon in which a shiny may be lurking. Keep going until you find your prize.

It’s crucial to note that finding a shiny Pokemon often means closely inspecting it. There’s no shiny gleam around them in the open world, nor any sound or other stimuli that indicates their presence. It’s only once you initiate a battle with a shiny Pokemon that, during its opening battle animation, it’ll be shrouded in sparkles.

This method works, and can be done early in the game. But your odds of finding a shiny Pokemon can dramatically rise once you beat the main storyline.

You’re going to have to Tera Raid

If you’ve played Pokemon Scarlet and Violet for any length of time, you’ve surely participated in a few Tera Raids. These are key to hunting shiny Pokemon. Once you complete the games’ three main quests, you’ll gain access to five-star Tera Raids. In these boss encounters, you’ll take on level 75 Pokemon made even more powerful by their terastalized state, harnessing the chaotic crystal energy that flows throughout Paldea.

Unfortunately, Scarlet and Violet don’t exactly hand these out — I had to do about six of these high-level raids before I got my first Herba Mystica. Note that you can also receive Herba Mystica from six-star Tera Raids, which you unlock after beating all Paldea gym leaders for a second time and winning the Academy Ace Tournament, but your odds of getting them don’t seem higher. So it’s best to stick to the easier (but still hard) five-star Tera Raids.

To give yourself a good chance at succeeding in these five-star Tera Raids, you’ll want a crew of Pokemon around levels 80 to 90. Head to the Delibird Presents shops around Paldea and collect items designed to be held in battle. Especially helpful are the Choice Band and Choice Specs, which greatly enhance your attack and special attack, respectively, and the Metronome, which empowers a move if you do it several times in a row.

Once you’ve completed a few of these five-star Terra Raids, with luck you’ll collect some Herba Mystica. They come in several varieties — sweet, salty, spicy and so on. If you make a sandwich with the right combination of ingredients, you’ll boost your rate of encountering a shiny Pokemon by 300%. The catch is that each recipe correlates to an element of Pokemon. So for instance, I wanted to hunt for a shiny Magneton, which is an electric-type Pokemon. So I created a sandwich that boosts the likelyhood of finding a shiny electric Pokemon.

And to boost your odds of finding a shiny Pokemon even more, you can use the Shiny Charm item. But to get this, you have to first complete your Pokedex by catching all 400 Pokemon in Paldea. If you’ve caught all Scarlet and Violet’s Pokemon, speak to Jacq in your school’s biology lab to get the shiny Charm.

Now it’s time to put it all together. Once you’ve found an outbreak and killed 60 of the same Pokemon, it’s time to shiny hunt in earnest. First, pause the game, go into options and disable autosave. Then, manually save your game. Finally, craft your sandwich using your precious Herba Mystica ingredients.

Sandwich buffs in Pokemon Scarlet and Violet only last 30 minutes. The reason you’re disabling autosave and then saving before making the sandwich is so that, if you don’t encounter a shiny Pokemon within 30 minutes, you can close your game and reboot it before you used your scarce Herba Mystica resources. If you fail, you can then reset it to after you’ve killed 60 Pokemon, meaning you won’t have to go through that laborious task again.

As you’ll see once you put your sandwich together, you’ll get a 3x buff for sparkle Pokemon of a certain type (see image above), depending on the recipe you used. Now it’s time to employ the same method above: Search the area for Pokemon, reboot the Pokemon in the area by setting up and closing down a picnic, wash, rinse and repeat until you find your shiny.

The hardest part is collecting Herba Mystica from the five-star Tera Raids. Once you’ve done that, you can usually find a shiny Pokemon around an hour if you follow this method. Good luck! 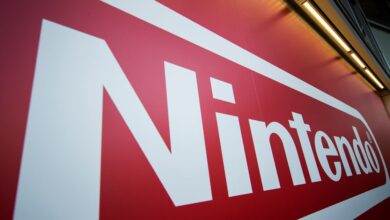 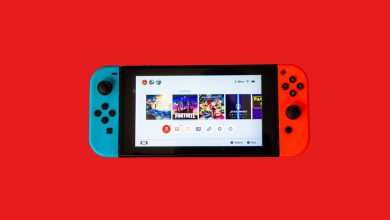