Tre Mann chipped in 12 points for Florida, which got unexpected help from several bench guys to offset being without guard Scottie Lewis (COVID-19 protocols) and forward Colin Castleton (ankle).

”It was my opportunity to shine,” Payne said. ”I’m capable of doing it, so I should be doing it every day.”

”That’s as well as this group has played,” White said. ”I told them, ‘You’re going to get more minutes tonight. What are you going to do with it? No one shied away from it.”

The Volunteers (10-2, 4-2) had a woeful shooting performance and were equally ineffective on the other end. Florida, which spent the last month slowly tweaking its offense to overcome the loss of standout forward Keyontae Johnson – who collapsed on the court in early December and is likely out for the season – pounded Tennessee inside.

The Gators outrebounded the Vols by eight and outscored them 42-22 in the paint. Tennessee’s 49 points were a season low.

The result was Florida’s most surprising victory since upsetting No. 4 Auburn in Gainesville last January. This might have been even more shocking given the state of Florida’s roster. Johnson, Castleton and Lewis combined to average nearly 40 points.

Castleton tweaked an ankle in Florida’s last game and was ruled out shortly after warmups. Lewis missed his third straight game, but is expected to return this weekend.

”We have to continue to play this way,” Locke said. ”We’d just be hurting ourselves if we don’t. We saw we can do this. We just got to continue to do it. We showed that we can compete with any team. It was just all about us. … I feel like if we continue to do that, we can beat anyone.”

Tennessee shot 29% from the field and hit 3 of 18 from 3-point range. John Fulkerson led the Vols with 15 points, four rebounds and five assists. But the 6-foot-9, 215-pound forward was no match for Payne and Jitoboh down low.

”It hurts when you play as badly as we played tonight,” Barnes said.

The Vols were without guard Jaden Springer, who injured his left ankle against Vanderbilt on Saturday and hasn’t practiced since.

Springer, a freshman, averages 10 points. His replacements did little to slow down Florida, which continually drove into the lane for easy baskets or dishes to wide-open teammates.

Tennessee: The Vols had won four in a row in the series and a fifth straight seemed like a lock given Florida’s injury situation. But the Gators exposed Tennessee’s biggest weakness: a lack of a post presence.

Florida: White seems to get his best from his guys against top competition. The Gators now have wins of 17, 22 and 26 points against top-10 teams during White’s six seasons.

Tennessee: Hosts No. 19 Missouri on Saturday.

Florida: Plays at Georgia on Saturday. 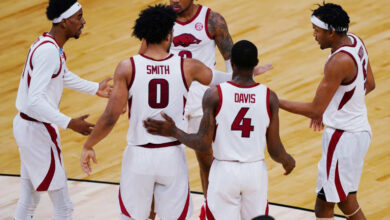 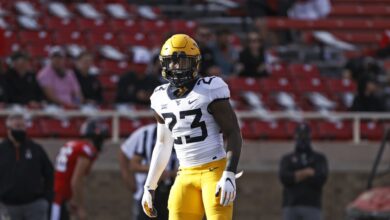 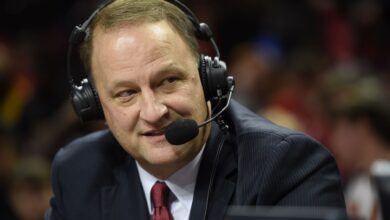 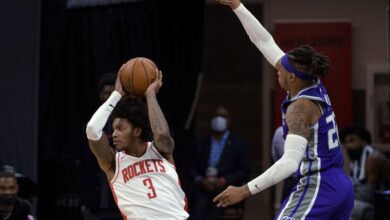 Pickups for NBA’s second half