They’re on balletcore runways, celebrity red carpets and your TikTok FYP. But can leg warmers make their way into your heart?

Do you crave a little extra volume around your ankles? Will you wear things that serve no practical purpose other than to bring you joy? Are you in search of another elaborate doodad to throw on? Well, you’re in luck. Because leg warmers are back.

Love them or hate them, you can’t deny the lasting pop culture power of a leg warmer. For starters, they hold a hearty amount of nostalgia (or ’80s trauma, depending on who you ask). First worn by dancers, leg warmers were — allegedly — made to keep muscles warm and prevent shin cramping, which is a thing, apparently. But when examined critically, anyone can see that they actually had another agenda: world domination.

Soon, these glorified tubes of yarn were ubiquitous within the 1980s fashion scene. In their heyday, they were worn in bright colours with everything from jeans and skirts to exercise leotards. Though they had a brief stint in the 2000s thanks to stars like Britney Spears and The O.C.’s Mischa Barton, they mostly fizzled out of fashion’s favour. Or so we thought. As a testament to the trend cycle’s undying power, leg warmers have weaselled their way back into the limelight — not as an alternative accessory, but as a closet staple of modern-day It girls.

For better or worse, they once again have the leg up, so to speak. And we have TikTok to thank. On the trendsetting app, leg warmer content is vast and inescapable. It first took off as part of the viral balletcore aesthetic early this year. They’re a part of Bella Hadid’s street style. They’ve made appearances on the red carpet thanks to Billie Eilish and Willow. They’ve even made it to luxury runways like Miu Miu and Fendi.As the weather turns, each day there are more TikToks praising their autumnal appeal, mostly seen styled with mini skirts and dresses. But for the skeptics, this revival has prompted a series of existential questions. Mainly: why?

You see, leg warmers aren’t what they appear to be. Despite what first impressions might suggest, they’re not slouchy stockings. No, these footless garments are intended to be worn with socks, thereby adding an extra step to the dressing process. Not to mention the obvious design flaws — for some reason, they keep your ankles and shins warm while completely disregarding the rest of your legs. Even their name is deceiving. If we’re being technical, they should really be called “shin warmers,” which is considerably less flashy.

Then comes the styling of it all. With an unfinished-looking design and gravity-defying silhouette, everyone looks just a bit wacky in them. But perhaps that’s where their appeal truly lies. Leg warmers: the great equalizer?

Worn with chunky combat boots, kitten heels, sneakers, and of course, ballet flats, today’s leg warmers have no limits. Pull them up to mimic thigh-high boots. Scrunch them down for a grunge moment. In the inevitable event that the rest of your legs are cold, hike them up to make your very own thigh warmers (your ankles will freeze, but no matter).

To be fair, as trends come and go, leg warmers are refreshingly sustainable. On TikTok, people are knitting their own or simply repurposing old jeans and hoodies. And in the inanimate object’s defence, they’re the only design out there dedicated to dressing up your lower leg alone. So, if nothing else, they make an often overlooked body part feel special. And everyone deserves that, I suppose.

To those of us who value comfort, their return may seem puzzling. But it really shouldn’t be. Look around — we’re living in an age defined by selective-limb coverings. Arm warmers, fingerless gloves and balaclavas are all having a major moment, and they’re not going anywhere anytime soon. After all, there seems to be a growing appreciation for unapologetically impractical, so-bad-they’re-good designs. And when you think of it that way, leg warmers are camp.

So, in the spirit of putting wackiness over wearability, why not kick back, slip on some leg warmers and let your over-embellished ankles do the talking?

What Is a Stylist in 2022? Retail Therapists, Image Managers and More

As Race-Conscious Admissions Policies Go Before the Supreme Court, Here’s What 6 Experts Are Listening For 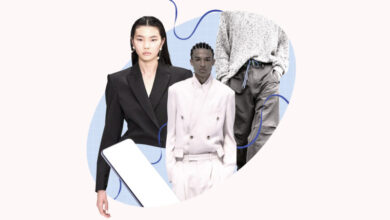 Are These TikTok Styling Hacks Worth Giving a Try? 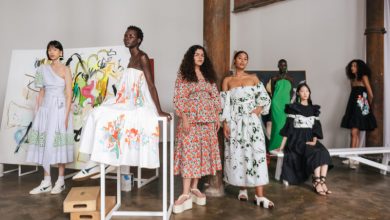 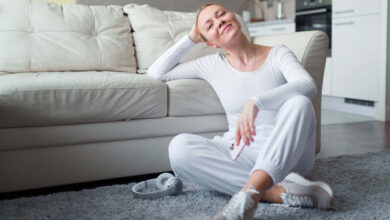 How To Talk About Birth Control With Your Doctor 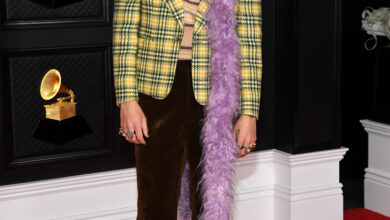 Harry Styles’s Beauty Brand Pleasing is All About Inclusivity