Riding high on the success of his film Shershaah, Sidharth Malhotra is in a happy place. The actor, on Sunday, shared a picture of himself enjoying some quality time in the pool.  Sidharth Malhotra’s silhouette is lit by the rays of the sun behind him, as the blue waters make for an amazing background. Sharing the photo, Sidharth Malhotra added a motivational quote in the caption. He wrote, “Keep your face always toward the sunshine – and shadows will fall behind you,” quoting the American poet Walt Whitman. Fans of the actor registered their appreciation by dropping fire emojis in the comments section.

A few days ago, Sidharth Malhotra shared an image of himself striking what he called the “hmm pose”. In the caption, he wrote, “My hmm pose. ‘Change your thinking & it will change your life…’”.

On the occasion of New Year too, Sidharth Malhotra shared two images of himself from what appeared to be a jungle safari. In the caption, he wrote, “Happy New Year! May this year be the start of a new chapter in which you write your own story! Wishing you strength & good health on this journey ahead…”

While Sidharth Malhotra did not mention any photo credits, fans soon guessed in the comments that the pictures were clicked by Kiara Advani, his rumoured girlfriend.

Kiara Advani too had shared a video from a similar safari on the occasion of New Year. Her caption said, “And into the New Year we go with renewed faith and gratitude. May 2022 be happier, healthier and safer for all of us.”

In terms of work, Sidharth Malhotra has been working on the film Yodha, which is the first instalment in the maiden action franchise of Karan Johar’s Dharma Productions. Sidharth Malhotra and Kiara Advani were seen together in the 2021 film Shershaah based on the film Param Vir Chakra-awardee Captain Vikram Batra. 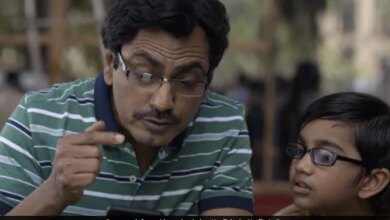 No Wins For Nawazuddin Siddiqui, Vir Das Or Aarya 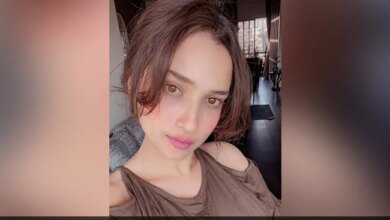 Mouni Roy Thinks  “It’s Good To Have Some Good Times”. Arjun Bijlani Comment Is So Relatable Prithviraj Sukumaran And Mohanlal’s Upcoming Film Gets A Release Date